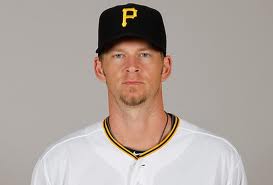 The team Pirate officials feared for weeks would sign A.J. Burnett has come to fruition.
Burnett and the Philadelphia Phillies have agreed to a one year deal and Burnett’s salary will be on par with last years salary as Jon Heyman reports the deal is for $16 million.
The Pirates stance with Burnett never changed all off-season as if Burnett wanted to remain a Pirate and true to his word (Retirement or playing for the Pirates) it was going to be on the Pirates terms and that meant taking a significant paycut. There are many close to the situation including Burnett’s agent I’m told that feel the Pirates never truly wanted Burnett back as tension mounted between Burnett and manager Clint Hurdle late last season.
Pirates catchers and pitchers report to spring training on Thursday.