*After nine straight weeks of overachieving, the Pittsburgh Steelers ‘D’ finally cracked at the hands of Tom Brady.

Brady put on a Brady-esque performance in carving up the Steelers secondary for 384 yards (career high) and 3 touchdowns. Brady was 32/42 in the game with a 127.5 QB rating.

How the Patriots attacked the Steelers was as expected.

They came at the Steelers with crossing/mis-directional routes, forcing safeties Sean Davis and Mike Mitchell to decide where to help and Brady mentally beat the Steelers just as much as he did with his arm. He was a step ahead of the Steelers coverage all night.

The Steelers had some success in getting New England into some 3rd and long’s, but when the Patriots wanted, they would get a Julian Edelman up against a linebacker and exploit the Steelers in that key matchup that the Steelers knew was coming.

Pittsburgh played conservative on D, showing no blitz packages and took few chances on being aggressive to provide pressure. Brady picked apart the conservative 3-man rush schemes and Pittsburgh didn’t take much from what Houston did in having success against Brady last week.

The Steelers struggled with the Patriots uptempo game plan.

Opportunities for a shootout were there from offense

*Despite New England’s offense being able to do what they wanted, the Steelers even without Le’Veon Bell (groin injury), had plenty of opportunities to turn this game into a shootout or at least put the pressure on the Patriots offense.

Ben Roethlisberger was throwing the ball well on short to intermediate passes and the offensive line was giving him time and space.

On offense the Steelers left points and big plays on the field, a disaster of a recipe on the road in the AFC Championship against a team of the Patriots caliber.

The inability to get a touchdown late in the first half was a killer but the Steelers still went to the locker room with it a one possession game and got the ball to start the second half.

Pittsburgh’s first three drives in the second half:

*The Patriots completely locked down Antonio Brown who was a non-factor.

While the Patriots had unsung heroes step up, Chris Hogan 9 receptions for 180 yards and 2 touchdowns, Pittsburgh came up small on too many drives when this game was still up for grabs.

Much of it was a lack of experience and lack of talent from the complementary parts. Some overthinking again with the play calling also didn’t help things, making low percentage calls on 3rd and shorts.

Opening the drive, Sammie Coates misses a deep ball he should have caught as he can’t track it properly, a perfect example of his lack of development. More and more, Coates looks like Limas Sweed.

A key drop in the third quarter was Jesse James dropping a third down pass inside the Patriots 35 yard line on the Steelers second offensive series of the 2nd half when the game was still in play at 20-9. Another prime opportunity where the Steelers pass catchers didn’t make a catchable pass that has to be made when trailing and on that stage.

Eli Rogers had some good moments, but had the costly fumble and there were plays to be made from him that also weren’t made.

Then there was Cobi Hamilton. Dropped touchdown pass that would have put the Steelers down four at the half and then shows a lack of awareness in going out of bounds on a touchdown catch in the third quarter.

The Steelers Super Bowl window has re-opened but what the last two weeks against high level secondary’s should show Steeler management is they have to add some more talent at the receiver/tight end position behind Antonio Brown.

They hope Martavis Bryant has straightened himself out but even if Bryant gets reinstated, you can’t count on him. The lack of big outside deep threat finally came back to haunt the Steelers and almost did last week with their red-zone woes that continued this week and underachieved inside the 20 all season. 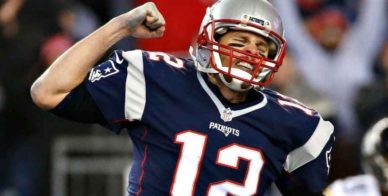 Oh great Same and Yogurt chiming in. Now that’s 2 sports they know absolutely nothing about.

Watch this! Hey Sammich, Pens are 12-2-2 without Letang this year… know what that means?

Can’t do much more than the Steelers have done to add secondary pieces. Wheaton hurt, Coates not developing, Bryant suspended, Green concussed. Bell hurt (who could have been a secondary receiver). If Bryant turns his life around (which is the base case right now) and Green is healthy (seems unlikely now) then the depth pieces are in place.

Not taking a shot at Pryor was a mistake.

It looked like a game of professionals vs knuckleheads. Coaches included.

Got news for you… not a single coach in the game alltime that didn’t “rely on talent”! Even Bowman didnt win in St Louis but when he found his way to Montreal he starting putting cups on his resume.

Steelers are never going to win a super bowl as long as they have Fleury.

I can’t believe he didn’t blame Fleury or pink roses.

When the Steelers are hot in December next year let’s remember a Tomlin team will never beat Belichik.

Bell claims he had a hurt groin for awhile …really?

Bell is a bitch— should have togged it out

Tough game for the fans out here, I expected it to be closer tbh

Well to the 2 that disagree… good I am glad it was a bit of a fucken blowout… can’t wait for the 5th ring!!! LOL

Great call on Coates and the Limas Sweed comparison.