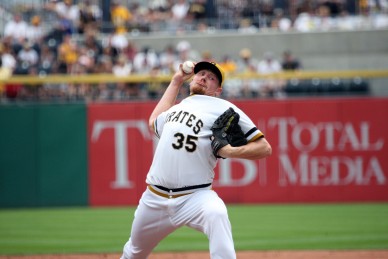 Lately, if I ever I post/say anything remotely critical or concerning about the state of the Pirates moving forward, I’m sure to get Tweets and responses saying: “TRUST THE PROCESS.”

I hate that phrase. It sounds brain washy. Almost cultish to me. “Never question anything. Everything will always work out. Even if it doesn’t, we’re in favor of it anyway.”

And this may come out sounding bad, but “I DON’T TRUST THE PROCESS.”

I don’t “trust a process” that frequently and cavalierly dismisses effective players on a yearly basis from a club that is hard pressed to replace those holes right away during what could be a very limited window of success.

And we all remember what happened after that last window closed. It stayed shut for 20 years.

I don’t “trust a process” that so frequently relies on the very best case scenario working with almost everybody on the roster, all the time, for most of an entire year. This “process” by which the Pirates have won a wild card spot the last three years has been based on the premise that a few standout superstars (Cole, McCutchen, and Marte) are going to live up to their potential every year and stay healthy for most of every season.

They will then be supplemented by reclamation projects (Happ, Liriano, Burnett, Volquez, Grilli, etc) that are cheaply acquired through free agency and trades. And the roster will also hinge annually on a few diamonds in the rough they spot that no one else does (Harrison, Melancon, Kang, etc).

Here’s what I do trust, though. I do trust the Pirate people. I trust Neal Huntington. He’s got a keen baseball eye and a smart baseball mind. I trust Ray Searage. He’s a pitching coach genius. I trustED Jim Benedict. But sadly he’s gone. And I trust Clint Hurdle to run the team. For the most part. At least when he isn’t “overcooking” line ups for the post season.

So I’m not setting out to throw shade on those who’ve managed to steer this franchise out of two decades of stormy seas. But my hope is since these people are as bright as I perceive them to be, that perhaps they realize their own limitations. And I hope they realize how hard it is to “wash, rinse, repeat” with a small market roster so often.

Just because the “process” has worked a few times so far, that doesn’t mean it’s predetermined to work again. If Mark Melancon is dealt or non tendered because he may command a $10 million dollar ticket in free agency, maybe Tony Watson can’t be effectively elevated from set up guy to closer the way Melancon took the reins from Grilli…who took the reins from Hanrahan.

If J.A. Happ bolts in free agency, it’s not guaranteed the next Volquez, Liriano, or Burnett that comes to town can be fixed by even the best man in the business (Searage).

And if Pedro Alvarez and Neil Walker both leave because of arbitration awards that may be similar to Melancon’s, how are they going to replace the 43 combined home runs that’ll be leaving the infield without spending close to that same amount?

That “process” of maximizing value until the price of the player goes beyond a marginal amount, then dismissing him, doesn’t appear very sound to me. Granted, those that have been entrusted to execute this process have done it well.

But how long can it last?

On the three arbitration guys, Huntington told CBS Radio Pittsburgh this week, “We have the ability to bring all of those guys back if we decide that for 2016 and beyond that that’s our best club. The challenge becomes, how do we build around those guys and how do we supplement the rest of the club as we look to move forward.”

Translation: We can afford it. We just really don’t think we should pay that much to them. 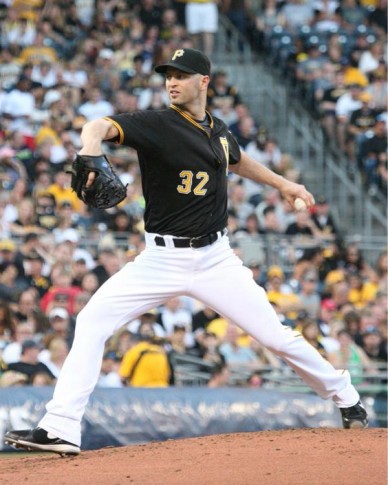 On Happ, Huntington stated, “We would like to continue to have J.A. Happ be in a Pirates uniform.” But Huntington added, “We’re walking down pathways with other pitchers that we feel are comparable, maybe a little better, maybe a little bit more of a reclamation project that will allow us to reallocate [hide] dollars elsewhere on the club.”

Translation: We think we can find a cheaper Happ!

All of that is understandable. But it would also be inexcusable if the Pirates let three or four of those players walk away without comparable talent that could be back-filled onto the roster for Opening Day. Reliance on prospect development and reclamation projects can only continue to work for so long.

In their 112 seasons since the dawn of the World Series era, the Pirates have never qualified for the post season four years in a row. If they plan to do so for the first time in 2016, they may have to spend more than they like to keep Happ. And they may need to eat more than than they are comfortable chewing in arbitration awards to Walker, Alvarez, and Melancon.

So, unlike many Pirate fans who may disagree, I won’t “trust the process.” But I will trust the people to hopefully change it just enough to perhaps keep Pittsburgh’s title hopes viable again in 2016.

Any gun nuts here? Just purchased a Taurus P111 G2 Millennium and it might be my favorite handgun so far.

“Im going to pre-emptively bltch about something because the ‘process’ the past 3 years has offered absolutely no proof that it is ineffective. But i’m not a very good writer so click baiting is the only way to go for me. And if for some reason the Pirates lose less games this year, as the odds would predict no matter what they do, I get to pretend to look knowledgeable.”

Win less, my b lol

Your thought “process” is that of a child.

The Pirates problem isn’t their “process” its their situational reality.The Pirates pursue reclamation projects because they can not go out like the Cubs and spend $25 million on an ace. They have been lucky that the gambles they have taken have paid off, but its really their only choice.

IMHO most important offseason move would be signing Polanco long-term at a reasonable rate.

I agree with everything you said but I slightly disagree with your statement that it’s their only option, if they retained a more of the options they already reclaimed like Volquez or Happ then they wouldn’t have the need to find a reclamation project every year.

I think the idea is that once a picture is fixed up his value has gone up.

When you have a GM already prepping the fan base that “it may look like we’re taking a step back,” that doesn’t strike me as an organization that’s trying to “win now.” That being said, until they make a few moves, it’s hard to judge the offseason. Generally speaking, however, GMs don’t go into pre-emptive damage control mode unless they know that they’re going to need to.

im sure most of the responses you get aren’t about the process. Probably most are about the journalism skills you possess

i would like more CAPITAL LETTERS and “things in quotes that weren’t actually quotes.”