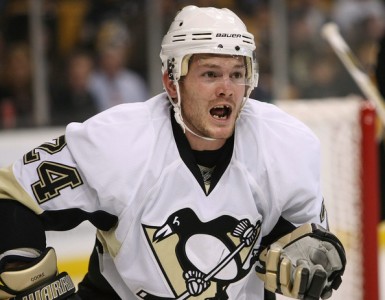 Word has come down that Matt Cooke has been suspended for the rest of the regular season and the first round of the playoffs.
The suspension is the longest in team history and could end up being for a total of 17 games, if the Penguins first round series were to go 7 games.
Cooke will forfeit $219,512.20 in salary.
It’s a suspension longer than many expected and a strong message by the NHL.
“Mr. Cooke, a repeat offender, directly and unnecessarily targeted the head of an opponent who was in an unsuspecting and vulnerable position, ” Colin Campbell said in a released statement. “This isn’t the first time this season that we have had to address dangerous behavior on the ice by Mr. Cooke, and his conduct requires an appropriately harsh response.”
The Penguins are expected to accept the suspension and will release a statement of their support for the decision in the near future.
Even if the Penguins advance to the second round, the question is whether we’ve seen the last of Matt Cooke for this season.
The talk as of early this morning was that the Penguins have finally become embarrassed by Cooke’s actions and one more mis-step would lead to the team parting ways with him.
I’d expect him to get another chance with the team once the dust settles. Dan Bylsma reportedly said today that he intends to work with Matt Cooke.