Cristobal, Foster, Bradley, Chryst, Austin & Rhoads among names to keep an eye on in early stages of Pitt’s search 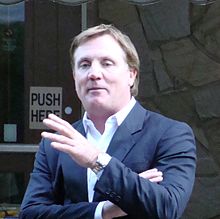 Pitt’s coaching search to replace the departed Todd Graham will begin immediately and some top candidates from last years coaching search will be on Pitt’s radar once again.
Athletic director Steve Pederson who many are calling to resign, will hold a press conference at 5:30 p.m. Pitt has named Keith Patterson interim head coach.
What’s going to be very intriguing with this search is whether Pitt will be enamored once again with an offensive minded spread offense type of coach and whether there will be more of an emphasis on getting a “safe coach” with Pitt ties.
Here are some early names sources believe will be on Pitt’s shortlist of candidates.
Florida International head coach Mario Cristobal – 41 years old, a hot name in coaching circles who Pitt looked into last year but didn’t emerge as a top candidate. Cristobal is intriguing from the standpoint that he’s considered an excellent recruiter in Florida, and with Pitt’s eventual move to the ACC, becoming a force on the recruiting scene in Florida is an area Pitt looks to improve. Last year Pitt officials were enamored on hiring a spread offense type of coach and if they want to continue that trend, Cristobal makes a lot of sense with his spread offense background. Cristobal has led FIU to an 8-4 season and Sun Belt Bowl Berth. He signed a five year extension through the 2016 season in August.
Penn State interim head coach Tom Bradley – Scheduled to coach Penn State in their bowl game and was a top candidate along with Todd Graham last season and will get another strong look if Penn State doesnât hire him. Defensive minded coach who is an excellent recruiter in the area, highly regarded by his players and a safe pick from the standpoint that he would likely be here for the long haul. However, I’m prepared to make an argument in another feature that Pitt should stay away from Bradley due to the Sandusky fiasco.
Virginia Tech defensive coordinator Bud Foster – – 52 years old, A potential underrated candidate who interviewed with Pitt last season. A great recruiter in the ACC, whose defenses often ranks among the nations best. Has been defensive coordinator with the Hokies since 1995, and with the program since 1987. Will be tough to get him to leave but Foster considered Pitt last season and could be intrigued by Pitt’s move to the ACC. Like Bradley, going in Foster’s direction would be a change in philosophy from last year in going with a defensive minded coach.
Wisconsin offensive coordinator Paul Chryst – 46 years old, Another hot head coaching candidate in the college ranks who was on Pitt’s shortlist last year and interviewed with the Panthers. Chryst brings an NFL background to the table and has been the Badgers offensive coordinator since 2005. The No. 10 Badgers (11-2) have the 4th ranked offense in football, averaging 44.6 points per game.
Coaches with Pitt Ties who are expected to garner consideration:
Iowa State head coach Paul Rhoads – 44 years old, former Pitt defensive coordinator who’s in his third year as head coach at Iowa State. Rhoads has led Iowa State to a 6-6 season, highlighted by beating undefeated No. 2 Oklahoma State on November 18th. He is 18-19 in his career at Iowa State and due to his Pitt ties, his name will surely come up, just like Alabama’s Sal Sunseri.
Baltimore Ravens defensive backs coach Teryl Austin – 46 years old, A Sharon, Pennsylvania native who is a former Pitt player (defensive back). Has a strong coaching background in the NFL and college, coaching at Penn State, Wake Forest, Syracuse, Michigan, and Florida in the college ranks, and had ventures with the Arizona Cardinals, Seattle Seahawks and now Baltimore Ravens in the NFL. Regarded as a great recruiter when he was at Michigan, knows this area well and was among Pitt’s top-4 candidates last year, a Pitt official confirmed. He’s fully expected to be a top candidate this time around.
*Tim Lewis, 49 years old, former Pittsburgh Steelers defensive coordinator who played at Pitt and is currently Atlanta Falcons secondary coach. Lewis is rumored as a coach who could emerge as a darkhorse candidate in this years search. Lewis though has not coached in the college ranks since 1992.