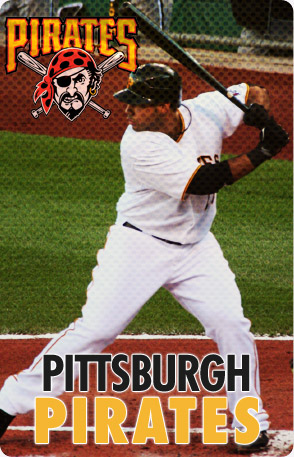 By John Perrotto
DALLAS — In the ideal world, Pedro Alvarez would bounce back from his horrible 2011 season by hitting 35 home runs next season and becoming the middle-of-order force the Pirates were expecting when they used the second overall pick in the 2008 draft to select the third baseman.
However, Pirates general manager Neal Huntington has been on the job four years, long enough to realize the world is rarely perfect for his club.
Thus, Huntington is looking for a contingency plan at third base and a free agent he is pursing is Mark DeRosa, who is coming off two injury-plagued seasons with the San Francisco Giants in which he played a total of just 73 games.
The 36-year-old DeRosa played did have a .279 batting average and a .351 on-base percentage last season, albeit in just 47 games and 88 at-bats.
The Pirates want to sign DeRosa to a minor-league contract that would be heavily loaded with performance bonuses. However, DeRosa is seeking a one-year major-league contract that is guaranteed.
Even if the Pirates sign DeRosa, Alvarez would still be the favorite to be the starting third baseman coming into spring training. However, they do not want to give the job to Alvarez outright and would like to have someone in place to push him during the exhibition season.
Alvarez hit just .191 with four home runs and 19 RBIs in 74 games and 235 at-bats last season.
That came after a rookie season in which he showed considerable promise by batting .256 with 16 homers and 64 RBIs in 95 games and 347 at-bats.
DeRosa would also give the Pirates a versatile bench player if Alvarez would win the starting job. DeRosa can play first base, second base and left field, though shortstop is problematic as his range has decreased in recent years.
The Pirates also have interest in bringing back outfielder Nate McLouth as a free agent but in
a reserve role. The Pirates are committed to giving Alex Presley the first crack at playing left field next season unless they are able to acquire a power-hitting outfielder in a trade or as a bargain on the free agent market.
The Pirates traded McLouth to the Atlanta Braves during the 2009 season, a year after he won a National League Gold Glove and was voted to the All-Star Game as a reserve in the players’ balloting. McLouth, 30, has struggled mightily since the trade and hit just.228 with four home runs and 16 RBIs in 81 games last season.
The Pirates like the idea of having McLouth for depth as a true center field backup to Andrew McCutchen. The way the roster is constituted now, prospect Gorkys Hernandez would likely be the fourth outfielder but the Pirates would like him to spend some more time at Class AAA after he showed improvement at Indianapolis last season.
—
John Perrotto has covered the Pirates and Major League Baseball since 1988.