Fedotenko weighing a number of offers 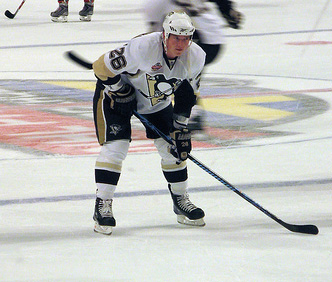 Pittsburgh Penguins forward Ruslan Fedotenko was hot property on the first day of free agency receiving interest from 8-10 teams and being tendered up to 6 offers according to a source.
Pittsburgh has continued negotiations with Fedotenko through July 1 but they have some tough competition in front of them as Fedotenko has received offers of two-to three years and a four year offer from an Eastern Conference team.
The team to make the four year offer is believed to be
the Atlanta Thrashers. Fedotenko has also received offers from the Carolina Hurricanes, St. Louis Blues, New Jersey Devils, LA Kings, Vancouver Canucks to our knowledge. Others to express interest throughout the day have been the Canadiens, Wild, Predators, Coyotes and the Rangers but we have not been able to get confirmation from Fedotenko’s camp whether offers were made from those respective teams.
Some of those teams are no longer pursuing Fedotenko.
Pittsburgh has discussed a number of parameters for a deal as Fedotenko’s camp is seeking a three year deal. Anywhere from a one year deal to a three year deal has been discussed.
Pittsburgh made a late push to sign Fedotenko at the the 11th hour but Fedotenko’s camp declined the Penguins two year offer.
As Day 2 of NHL free agency will begin soon, Fedotenko has not ruled out a return to Pittsburgh, despite receiving more lucrative offers, and that has Pittsburgh in a holding pattern for other free agent forwards.
Fedotenko remains their top target but like it’s been for the past week, the term remains the sticking point.