Inside the Numbers: Pirates at the All-Star break 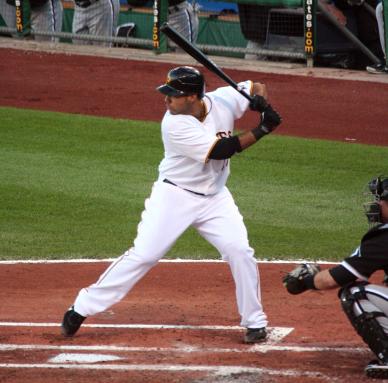 The Pittsburgh Pirates enter the All-Star break with a 30-58 record, good for last place in the Central Division and 18 games back of the 1st place Cincinnati Reds (49-41).
88 games into the season, the Pirates are a lock to suffer their 18th straight losing season. Another 95+ loss season is a certainty but there have been a few positives for Pirates.
Since opening day, the Pirates have seen a youth movement with top prospects Pedro Alvarez, Brad Lincoln, Neil Walker, and Jose Tabata all making the jump to the major leagues in the past two months.
The Pirates entire starting infield from opening day has been replaced. Out: Andy LaRoche (3B), Ronny Cedeno (SS), Aki Iwamura (2B), Jeff Clement (1B); In: Pedro Alvarez (3B), Bobby Crosby (SS), Neil Walker (2B), Garrett Jones (1B).
However, as expected the arrival of the team’s top prospects has not resulted in anymore W’s in the win column. With a payroll in the $35 million range, the Pirates rank near the bottom in just about every key offensive category and have gone 1,004 at-bats without a multi-run homer.
The team enters the break on a six game losing streak.
Inside The Numbers: Pirates at the All-Star Break
Record: 30-58 |6th in division | 2nd worst record in MLB
Home: 19-20 | Road: 11-38