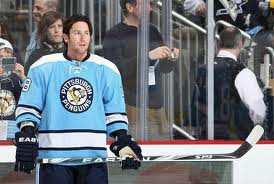 Steven Stamkos who was penciled in to play with Chris Kunitz and Sidney Crosby on the top line for Team Canada, has been ruled out of the Olympics. “After reviewing the CT scan this afternoon, Dr. Gutentag made it clear to me and to Steven that the tibia is not completely healed and therefore he should not be participating in game action at any time in the near future,” Lightning GM Steve Yzerman said in a released announcement.
It’s a big blow for Team Canada but the Team Canada brass has been prepared for this possibility.
Jeff Carter is a strong candidate to be moved up to Crosby’s right wing but who is the front runner to replace Stamkos on the roster?
There’s been lots of momentum towards Claude Giroux being the favorite, while James Neal, Marty St. Louis and Eric Staal are also believed to be under consideration.
Going into the season, Giroux and Stamkos were said to be looked at as the top-2 candidates to play on Crosby’s right wing but Giroux’s struggles during the first 20-30 games this season saw him go from a lock to being left off the roster. After Giroux, Neal and St. Louis are being looked at as the strongest possibilities to replace Stamkos. though, one source close to Neal said the other day that James didn’t high hopes of being Stamkos replacement (were Stamkos to be ruled out).
Neal made a late surge for a roster spot going into the final selection process and with Stamkos out, the intrigue now could be there by Team Canada officials to have him as a fall back plan to play with Crosby and Kunitz.
The fascinating scenario is how could Yzerman leave Marty St. Louis off the roster for a second time.