Source: Kunitz expected to sit out next three games due to injury 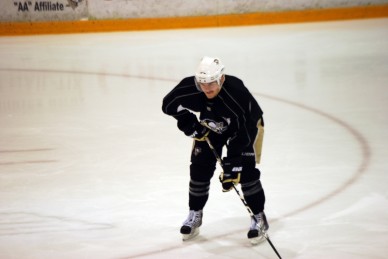 Team will announce at least two callups in the morning
The Penguins are expected to be without winger Chris Kunitz for the next three games as Kunitz will not play tomorrow night against the Los Angeles Kings and is not expected to travel with the team for their trip to New York, sources say.
The Penguins begin a three games in four night stretch Thursday night at home against the Los Angeles Kings. The Penguins then hit the road for contests against the Islanders and Rangers on Friday and Sunday.
The Penguins enter Thursday’s matchup without Sidney Crosby, Evgeni Malkin, Matt Cooke, Mark Letestu and now Kunitz who has an undisclosed lower body injury.
Arron Asham is also nursing an injury and is not expected to return to the lineup.
The demotions of Tangradi and Wallace were about getting some players in here with speed and some skill.
Nick Johnson and Joe Vitale are expected to be among the two callups the Penguins announce in the morning. Brett Sterling and Ryan Craig were also said to be under consideration today. There could be as many as 3 callups.
The Penguins known healthy forwards include (9) Chris Conner, Jordan Staal, Pascal Dupuis, Dustin Jeffrey, Mike Rupp, Max Talbot, Eric Godard, Tyler Kennedy, and Craig Adams.