LATEST NHL BUZZ
With a weak free agency crop, the rumor mill is in high gear and will only intensify leading into draft weekend. Here’s some rumblings making noise around the league: 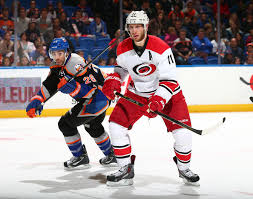 — The buzz in league circles is that Hurricanes GM Ron Francis see’s a lot of himself in Jordan Staal and intends to build around Jordan who is just entering his prime. The question is whether he feels the same about Eric Staal who has a bad contract with two years left on his deal and a cap hit of $8.25 million.
The belief is that Francis is willing to move Eric whose game has regressed greatly the last two years, but the thing about Francis is that he’s patient and right now many feel he holds on to Eric Staal.
Is the Staal brothers all playing together still a possibility? You have to wonder if that weighs in the back of Francis’ mind. All indications are Jim Rutherford wasn’t banking on that anymore as he planned to move Eric this summer.
However, Rangers defenseman Marc Staal will be entering the final year of his deal and it’s been no secret in the past that Marc had his eye on joining his brothers in Carolina. Francis could throw a wrench in that by dealing brother Eric to let’s say Toronto, a possible landing spot, but the thinking right now is that Eric’s a Hurricane at the start of next season.
MORE BUZZ
— One juicy rumor out there is Patrick Marleau to Tampa Bay. It’s a near certainty that the Sharks move one of Marleau or Joe Thornton.
— The Sharks have made it known to teams that they’re looking to move  Tyler Kennedy. Keep an eye on the Islanders. Minnesota had interest last year at the draft.
— The Oilers are likely to be aggressive in the trade market, seeking a top-6 power forward and top-4 defenseman to shakeup their struggling mix. Word in league circles is they could be a big player for Dion Phaneuf in a trade.
— The asking price for Jason Spezza is believed to be a 1st round pick, top prospect and impact NHL roster player. Speeza has one year left on his contract with a $7 million cap hit. Anaheim is among the ideal fits. Some chatter in league circles is to watch out for the Rangers if they buyout Brad Richards.
— The Flyers are aggressively expected to try to move center Vinny Lecavalier who has four years left on his deal with a $4.5 million cap hit. Lecavalier did not fit in well under Craig Berube’s system. Dallas went hard for him last summer and there might be a fit in Nashville with Peter Laviolette there.
— Issues between Penguins ownership and GM Ray Shero really intensified near the trade deadline, even on the day of the trade deadline, sources say. Ownership wanted Ales Hemsky but Shero would not pay the price of a 3rd and 5th round pick. Pittsburgh gave up a 3rd and 5th rounder for 4th line center Marcel Goc.
— Blues GM Doug Armstrong drafted James Neal in Dallas and is looking for a top-6 goal scoring forward. Is there a fit? Some buzz that the Blues could indeed look hard at Neal if the Penguins new GM makes him available.