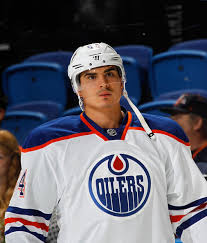 LATEST NHL BUZZ
*Rumblings Around the League*
— Nathan Horton’s back injury is so bad, his career could be over. According to the Columbus Dispatch, Horton has been diagnosed with “degeneration” of the entire lumbar region of his spine/lower back.
Having surgery to fix the issue would end his career.
The Blue Jackets are a team that is in a win-now mode and already on the hunt for a top-6 forward. Don’t be surprised if a two team battle emerges between the Blue Jackets and Boston Bruins aggressively going after Sabres forward Chris Stewart who is in demand. Others in the East like Penguins, Canadiens figure to also poke around on Stewart.
One NHL executive on Stewart: “He has Boston [Bruins] written all over him.”
Also in Buffalo, Drew Stafford is going to be an ideal target for contenders this winter. A perfect change of scenery player who could breakout in the right situation.
— The Detroit Red Wings have looked into three notable defensemen on the trade front. Tyler Myers, Brian Campbell and Paul Martin to a lesser extent. After exploratory interest over the summer, discussions have not advanced with the Penguins and are unlikely to, according to a source. Pittsburgh’s stance for now has been that Martin is not in play but that is always subject to change as the season progresses. If Pittsburgh decides to move Martin who is not interested in discussing an extension during the season, it would be to a Western Conference team.
Detroit covets a defenseman with term. Myers, Campbell top their wishlist and some around the league believe it’s just a matter of time before the Sabres, Red Wings eventually strike a deal regarding Myers.
— Darren Dreger of TSN reported this week the Mike Babcock is seeking upwards of $3 million per season. The talk of Babcock coveting a 5 year deal worth $18-$20 million has been out there since June. Everything continues to point towards Babcock wanting to test the open waters. What is such an unknown is how many realistic landing spots are there for Babcock that he’d be interested in and would meet his demands. Toronto is an obvious team but would Babcock have any interest?
—

Are the Oilers ready to trade Nail Yakupov ? One thing for sure, they're teams interested right now. #tvasports

Despite the Oilers slow start, they are not in panic mode but count the Penguins among those teams with some level of interest were the Oilers get serious about moving Yakupov to change the structure of their team.
Yakupov is the type of player former Penguins GM Ray Shero would have never considered but that’s not the case with the new regime, Inside Pittsburgh Sports has learned.
As the Penguins search for a scoring winger, let’s just say Yakupov’s name has been discussed internally and Rutherford’s not afraid to pursue dynamic European skilled wingers who have question marks in other key areas.
This is a guy who gave Alex Semin a 5 year, $35 million. He values elite skill.
The problem for the Oilers is how do you put a price on Yakupov at this stage?