Latest Steelers Buzz: Aaron Smith out for a significant period of time? 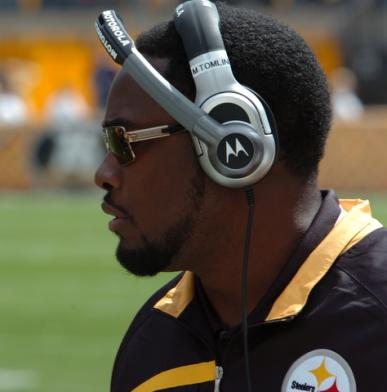 Week 6: Mike Tomlin Press Conference
The Steelers have begun preparations for the lowly Cleveland Browns as the Steelers look for their first division win of the season. The Steelers have won 11 straight against Cleveland winning the previous meeting against Cleveland 31-0 last December.
The Browns are 1-4 this season and 0-2 in the AFC North.
Injury Front
The big news on the injury front today is that
the Steelers may lose a key contributor on defense for a significant period of time. Mike Tomlin announced today that Aaron Smith is having his right shoulder evaluated today and could “potentially” be sidelined for a significant period of time.
*The Steelers are planning to move forward with the assumption that Smith won’t be available for weeks, maybe months.
*2009 1st round pick Ziggy Hood will not replace Aaron Smith as a starter off the bat. Indications are Travis Kirschke will start if healthy, and Nick Eason will also be in the mix.
Injury News
*DE Aaron Smith (Right Shoulder) Out – Could be sidelined for a significant period of time
*DE Travis Kirschke (back) Probable – Will be limited in practice to begin the week
*LB Andre Frazier (quad contusion) Probable – Will be limited on Wednesday
*RB Willie Parker (Toe) Probable – Will practice on Wednesday and not expected to be limited.
*S Troy Polamalu (Expected to play) – Like Parker, Polamalu is expected to practice on Wednesday and not be limited.
Latest Buzz: Barring a setback this week, Troy Polamalu will return to the lineup against Cleveland. The key for Willie Parker will be how he reacts following Wednesday’s practice. The coaching staff expects to give him a heavy load on Wednesday and go from there.
*Limas Sweed was active against Detroit but he has not won back the #4 receiver spot. Sweed and Shaun McDonald will be re-evaluated through the week with a decision on who plays to be made closer to game day.
*What was interesting from Tomlin’s comments today is that he indicated Ziggy Hood is clearly not ready to replace Aaron Smith as a starter.
Travis Kirschke is already having back problems and that has to be a concern moving forward.