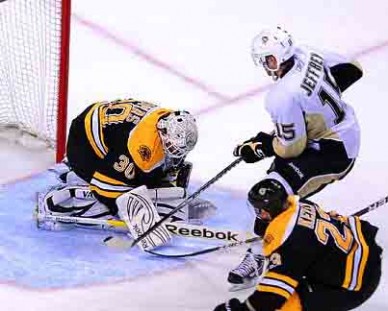 Letestu Trade Fallout and More Tidbits
*The Mark Letestu trade has no correlation with Sidney Crosby’s possible return. The Letestu trade has more to do with Joe Vitale emerging as a better fit as a 4th line center, in addition to Richard Park being a valuable role player and the team wanting to find a more clear role for Dustin Jeffrey.
The Penguins began exploring Letestu’s trade value early last week and now was the time to move him as two to three teams were showing strong interest and the Columbus Blue Jackets were the one’s ready to move on Letestu for what the Penguins felt was going to be the best value they were going to get.
*The Penguins want to get Dustin Jeffrey top-6 minutes and special teams time in Wilkes Barre/Scranton, which led to today’s decision to assign him for a conditioning assignment.
Wilkes Barre plays Wednesday night followed by back-to-back games on Friday and Saturday. Indications from team sources right now is that Jeffrey will remain in Wilkes Barre for the rest of the week and “likely” return to Pittsburgh early next week….
The Penguins have no plans to keep him in Wilkes Barre once his conditioning assignment is over.
*As of now, the Penguins are optimistic about getting Tyler Kennedy back in the lineup for either Friday or Saturday night. The odds are greater on Kennedy returning than Crosby this week. Crosby though continues to be guarded regarding his plans, per sources. When he returns, it’s on him.
The Penguins playing back to back games this week is a factor.
The Penguins were off today and a better read on Crosby will be in the next day or two.