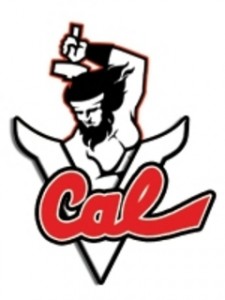 LOCK HAVEN, Pa. (Feb. 26) – The California University of Pennsylvania men’s basketball team had five players score in double-figures on Saturday afternoon to earn an 82-68 win at Lock Haven in Pennsylvania State Athletic Conference (PSAC) West action.
With the victory, the Vulcans finish the regular season at 15-11 overall with an 8-6 mark in league play. Having clinched the fourth seed in next week’s conference tournament, Cal U will travel to IUP to play the Crimson Hawks in the PSAC Quarterfinals on Tuesday, March 1. Meanwhile, the Bald Eagles finish the season winless in divisional action at 0-14 and just 1-24 overall.
Senior forward Rashawd Hatten (Clairton, Pa./Clairton) scored a team-high 17 points after making a perfect nine-for-nine from the free-throw line and 4-of-10 from the field. He also registered a team-high nine rebounds and five steals on Saturday.
Juniors CJ Townes (Joppatowne, Md./Joppatowne) and Chad Tipton (Hanover, Pa./South Western) each finished with 14 points, while classmate Steve Swiech (Greenock, Pa./Elizabeth-Forward) posted 13 points. Townes added four assists and two steals in the win and senior guard Joe Berenato (Pittsburgh, Pa./Central Catholic) contributed 11 points.
Leading 11-9, Cal U went on a 13-0 run to expand its lead to 15 points, 24-9, with 11:18 left before halftime. Lock Haven responded with 13-2 rally capped by a pair of free-throws by sophomore Davide Gritti at the 6:50-mark to cut the deficit to four points, 26-22. The Vulcans countered by scoring eight-unanswered points to reclaim a 34-22 lead following a pair of free-throws by Tipton with 4:37 remaining before the break. The Bald Eagles later trimmed the lead to five points, 36-31, before Cal U took a 42-33 lead into halftime behind 16 first-half points off turnovers.
In the opening minutes of the second half, the Vulcans led by double-digits before the Bald Eagles scored nine-straight points to cut the deficit down to one point, 55-54, with 12:14 remaining. Cal U answered with a 10-0 run to take a 65-54 lead on a layup by junior forward John Williams (Baltimore, Md./Mervo) at the 7:43-mark. Lock Haven appeared to make another run when it trimmed the lead to single-digits before the Vulcans scored six of the next eight points to seal the win, eventually leading by 17 points, 82-65, with 1:01 remaining.
Both teams shot similar percentages from the field, as Cal U made 48.1 percent (26-of-54) of its shots compared to Lock Haven shooting 50.0 percent (22-of-44) for the game. The Bald Eagles excelled from three-point territory, making 55.6 percent (15-of-27) from beyond the arc. Meanwhile, the Vulcans held a sizeable advantage in trips to the free-throw line, converting 79.3 percent (23-of29) from the charity stripe.
Senior Eli Hanna scored 15 points on five-of-six from long range in his final college game for Lock Haven, while senior Sharif Bolton and freshman Anthony Baker each finished with 14 points on Saturday.
The Vulcans held a slim 28-26 advantage on the glass, while out-scoring the Bald Eagles 28-12 from inside the paint and 13-4 in second-chance points. Cal U forced Lock Haven into 21 turnovers, which it converted into 24 points.
Cal U, who will make its first appearance in the PSAC Tournament since 2008, will travel to Indiana, Pa., to face the Crimson Hawks at Memorial Field House on Tuesday, March 1.