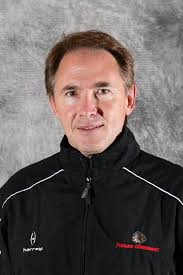 When the Penguins enter camp in less than two weeks, Mike Johnston’s biggest problem won’t be the Penguins not being a fit for his system. Johnston’s system projects to make it a smooth transition for the Penguins from Bylsma’s to Johnston’s, especially with the defensemen who could put up big points in his system.
The biggest dilemma for Johnston will be commanding respect and winning over the room, notably the star players. For an unproven coach who has been coaching teenagers, it’s a daunting task.
In meeting with various players this summer, word is Johnston has come off as someone who is going to kiss the the star players butt and constantly tell them how good they are.
Rick Tocchet should have a great impact on role players like Steve Downie, get the most out of them, but even Tocchet is likely going to struggle to get some of the star players to change.
Johnston secured a three year contract and Jim Rutherford believes he has found a Jon Cooper type coach, sources say. He also believed that with the first two guys he targeted, though, Bill Peters, Willie Desjardins.
However, Johnston is among the lowest paid coaches in hockey and his contract is truly a year by year basis. A slow start within the first couple months of the season will only mount pressure with Rick Tocchet waiting in the wings and an early playoff exit will have Penguins ownership pouncing on the opportunity to lure Mike Babcock to Pittsburgh.
Babcock who many NHL executives believe is determined to explore his options next summer, remains in a unique situation. A potential UFA next summer.
Here is Pierre LeBrun’s take on Babcock yesterday
“{Mike} Babcock, considered by many the best coach in the NHL, could take on a unique position. Very rarely does a coach puts himself on the market on purpose. Given the job security of an NHL coach and the fact there’s only 30 jobs, most coaches always want to extend with their current team; hitting free agency on purpose just rarely happens in their field. And it may be that Babcock stays in Detroit. But there’s also a chance the coach with a Stan`ley Cup ring, two Olympic gold medals, a world junior title and an IIHF world men’s title puts himself out there next summer.
“The guy’s got an opportunity of a lifetime,” Holland said. “He’s an unrestricted free agent. He’s 52 years of age. His stock isn’t going to get any higher. He’s coming off his second Olympic gold. He was finalist for coach of the year. People feel the job he did last year with our team was as good as he’s done here in a number of years.”
So yes, Holland gets it. They’ll talk contract this month, perhaps get something done, but, if not, both men are secure enough in their relationship that they can pick up that conversation again after the season.
If high-profile teams such as Toronto and Pittsburgh struggle this season, you better believe the Babcock talk will intensify. Unfortunately for the Wings, it’s going to be a storyline all year long unless he signs an extension before the season, because you know his name will be the first to pop up in the NHL markets where things are going poorly.”
MORE BUZZ
— LeBrun on TSN Radio Thursday on the biggest threat this season to the Boston Bruins: “I think Tampa Bay is the biggest threat to Boston for the Eastern Conference supremacy. I think Pittsburgh has downgraded” — That’s a view I hear quite often from NHL executives. Boston has downgraded but are still viewed as the team to beat.
— Nick Cotsonika has an excellent in-depth feature on Johnston in Yahoo Sports. My biggest takeaway? Johnston when introduced by the Penguins in June talked how everything the Penguins do will be based on how they need to play in the playoffs. Johnston says in this interview in an attempt to take the pressure off the Penguins, they won’t talk about the playoffs at all. “We won’t talk about the playoffs,” Johnston said. “The playoffs are so irrelevant at this time of year.”
— Based on the current roster, is Daniel Carcillo the front runner for the 13th forward spot, despite coming into camp on a PTO?
One team official called that view accurate but things could change next week. Ryan Malone’s representatives anticipate learning by mid-week on when Malone will be reinstated. Pittsburgh will then decide whether to push forward and make an official invite. The Penguins had a scout watch Malone practice at Octagon’s camp last week.