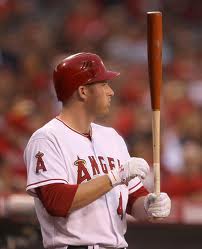 ANGELS INQUIRE ABOUT HANRAHAN?
Pirates closer Joel Hanrahan is starting to get expensive and is the Pirates biggest trading chip for any immediate help at the plate.
Among the teams showing early interest in Hanrahan is the LA Angels, Nick Cafardo of the Boston Globe reports.
Two weeks ago John Perrotto mentioned the Angeles as one of three potential fits for Hanrahan.
It is no secret that the Angeles are in the market for reliever help as closer Jordan Walden saved 32 games last season as a rookie but also had nine blown saves.
The player expected to be of interest to Pittsburgh is the right-handed hitting Mark Trumbo who belted 29 home runs last season and finished second in the American League Rookie of the Year voting to Tampa Bay right-hander Jeremy Hellickson. In 2011, Trumbo hit .254 with a .291 on-base percentage.
This season the third baseman who’s natural position is first base, is hitting .318 with 3 home runs and 8 RBI’s, in addition to an .388 on-base percentage.
Hanrahan, 30, is 1-0 with 4 saves and a 2.57 ERA on the season. Reliever Jason Grilli has emerged as a possible short-term replacement for Hanrahan if the Pirates move Hanrahan as the team is listening to all inquiries.