NFL: Draft day deal in the works between Steelers & Bills? 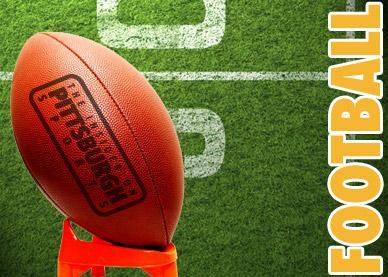 Steelers interested in Bills WR Roscoe Parrish at the right price
Interested: PIT, CLE, DET, TEN?, STL?, CAR?
The Buffalo Bills are shopping WR Roscoe Parish and would like to move him before the draft.
John Clayton reports, Parrish is available because of the team’s abundance of wide receivers.
A source close to the Steelers tells me, Parrish is a player of interest for the Steelers who missed out on kick returner Chris Carr in free agency.
At the right price, the Steelers could move on Parrish before the draft. The Titans, Rams, Panthers and Lions are also among three or four teams expressing interest.
The asking price is unknown but the Steelers are willing to offer a late round pick for Parrish
Parrish, 26, had 24 receptions – 232 yards and one touchdown as the Bills 3rd and 4th wide receiver but is a game breaker in the return game.
Parrish averaged 15.3 yards per punt return and has outstanding quickness and burst in space and can be dangerous after the catch.
Parrish would give the Steelers a threat in the return game and could serve as a valuable #4 receiver in the passing game.
Signed for three more seasons, Parrish is due to earn base salaries of $1 million in 2009, $1.025 million in 2010, and $1.025 million in 2011.