NFL: Steelers had deal in place to trade Sweed to NFC team? 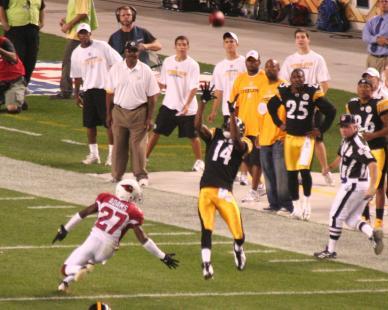 Third year receiver was granted permission to seek trade
In March third year wide receiver Limas Sweed met with the Steelers front office following the signings of Antwaan Randle El and Arnaz Battle.
At the time Sweed was believed to be seeking a change of scenery and league source told me that Sweed’s agent Ben Dogra was granted permission to seek a trade.
Just a day after Sweed suffered an achilles injury that could end his 2010 season, word has leaked that the Steelers had a deal in place to trade Sweed to an NFC team.
The Steelers backed out of the deal once the team internally decided that it was time to part ways with star wide receiver Santonio Holmes.
According to Adam Schefter of ESPN, a deal was very close to Tampa Bay last month. It is not clear what the Steelers would have received in return.