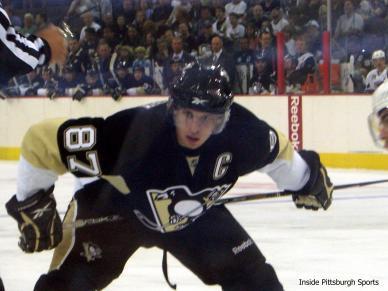 More turmoil in Tampa Bay?
Word around is that the two wacky owners of the Lightning, Oren Koules and Len Barrie, are no longer on speaking terms — Toronto Sun

Tavares will report to whatever team drafts him
Agent Pat Brisson, told the media¬†on¬†Monday¬†that projected #1 pick John Tavares will report to which ever team drafts him. Brisson does mention that he would avoid some teams if it was up to him “Me? If I could, I would avoid Tampa, Atlanta and the Island at all costs. But it’s not me. “John respects the process and the league,” Brisson said. The Islanders, Thrashers, Lightning and Colorado are all in the bottom five.
3/16/09

Rangers, Bruins top list of teams Guerin is interested in finishing career with
It is way too early to speculate whether Bill Guerin will return to the Penguins following the season. What is known is Guerin’s wife prefers to stay on the East Coast. Prior to the trade deadline, Boston and the New York Rangers were at the top of Guerin’s wishlist. When a deal with the Capitals fell through, Guerin had general manager Garth Snow contact the Rangers with the deal that was being offered to the Penguins. The Rangers were not able to make it work financially. The Penguins will have some competition from the Rangers as Glen Sather has had his eye on Guerin for sometime. Sources believe Guerin will get a one year-deal worth $4 million per season on the open market.

Malkin misses practice
Pittsburgh Penguins star forward Evgeni Malkin missed practice today due to an illness. Nothing to worry about, Malkin has been battling a cold and will play tomorrow against Atlanta.

Talks with Sykora at an impasse
The Penguins and Petr Sykora ended contract nearly three weeks ago. Sykora’s agent Allan Walsh is not very confident that a deal will get done before free agency as Sykora wants to explore the market for a three year deal which is something the Penguins don’t have much interest in.

Richards hopeful to return for stretch run
The Dallas Morning News reports, Stars center Brad Richards is optimistic that he’ll be able to return to the lineup for the club’s final push for a playoff spot. Richards suffered a fractured right wrist during a 3-2 shootout win over the Blue Jackets in Columbus on Feb. 16.