NHL: Malone “pushing hard” for the Lightning to sign Sykora? 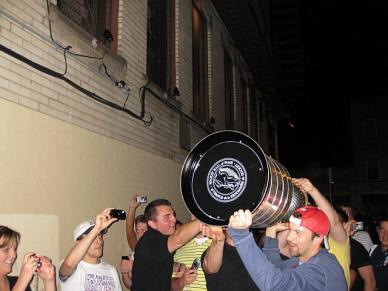 Sykora on the Lightnings radar?
Sources indicate Lightning forward Ryan Malone has been pushing hard for the Tampa Bay Lightning to sign winger Petr Sykora.
Malone and Sykora were linemates and teammates for the 2007-2008 season when Sykora scored 24 goals.
The Lightning remain in the market for a top-6 forward and Malone is very close to Lightning GM Brian Lawton who was Malone’s former agent.
Sykora, 32, had 25 goals last season and made a salary of $2.5 million per season.