On the product of Haley’s Offense, Brown vs Swann/Stallworth, Russians & Steroid Use 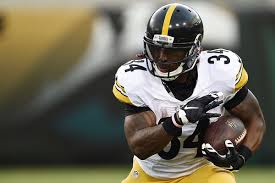 Maybe it’s time to have the city declare one of these days “Todd Haley Day.”

Remember the dark days of the Steelers’ offense when fans and media were wondering if and when Haley, the new Offensive Coordinator, was going to give Ben Roethlisberger a courtesy call?

Remember all the angst over Haley not “letting Ben be Ben?”

I took my share of shots because I found (and still find) the dink and dunk offense, so prevalent in the NFL now to be boring.

You don’t hear many complaints about Haley anymore.

DeAngelo Williams gained a total of 225 yards – 170 on the ground and two catches for 55 yards.

According to Elias Sports bureau, it’s only the third time in NFL history that two players on the same team gained more than 200 yards in the same game.

The first time was 1963 in the old AFL when Clem Daniels and Art Powell did it for the Oakland Raiders. The only other time it happened was in 2007 when Brian Westbrook and Kevin Curtis did it for the Eagles.

The Steelers offense finished first in the NFL in time of possession, 32:24, yards per first down play, 6.42 and tied the Green Bay packers for first in yards per play at 6.2.

Roethlisberger set the franchise record for completions with 408 and yards with 4,952 (tied with Drew Brees for first in the NFL).

Antonio Brown set the franchise record for receptions with 129 and yardage with 1,698 and touchdowns with 13.

Le’ Veon Bell set the franchise record for yards from scrimmage with 2,215 and receptions by a running back, 83, and receiving yards by running back, 854, and total first downs with 114.

Other than that, Haley’s been a total bust.

No more jokes about Haley never playing football and being on the Upper St. Clair High School golf team.

The Steelers’ number one problem with Haley might be keeping him.

Those numbers might be enough to get him a second shot at being a head coach.

DeAngelo Williams’ record setting day against the Raiders is proof that, if you’re a good running back in Haley’s offense, you have a good chance of putting up Pro Bowl numbers.

I took some Twitter heat for suggesting that, based on what I had seen in the preseason, there would not be a big drop off from Bell to Williams in the first two games while Bell served his suspension.

I based that on watching Williams run and my belief that Bell, as great as he was last season, was very much a product of Haley’s offense.

That wasn’t meant to diminish Bell. It was giving Haley credit.

– I saw just about every game Lynn Swann and John Stallworth played for the Steelers and I covered Steelers teams that they played on.

When Hines Ward was setting franchise records and was being compared to them, I always gave Ward credit for being a great receiver, but I never put him in the same class with them.

I said I believed -and still do – that he would have been the number three receiver on the Steelers of the 70s and early 80s.

Antonio Brown is as good as both of them.

Not better. I’m not willing to go there.

Forget the stats. Brown blows both Swann and Stallworth away on the numbers.

You have to take the two eras into account.

Brown has never had to worry about being knocked on his ass more than five yards into his route.

Swann and Stallworth had to deal with the bump and run. When their quarterback was scrambling, unlike Brown, who can run around looking for an open space, they were To read this insider news, subscribe to get “Inside Access”!

I disliked Todd Haley at first, not because of his ideal offense which I knew could be wildly successful, but because I knew it would take at least 2 years to find the personnel at the cost of two prime years for Big Ben. I did not like those two years because there was no “transition” with Haley. Haley made an offense built on big plays reinvent itself with all the wrong peices instead of trying to play to players strengths while the right personnel were drafted. The transisiton could have been better.

Every professional athlete is juiced, just like we want them to be.

gina malkin is definietly not juiced. his goal totals are lame for a guy that good.

What you give up on going after MAF ?

You could say Ward had less innate talent than a lot of guys, but when you needed a tough catch in traffic, he’s the one of the bunch I’d trust most to come up with it. You know he’d go get the ball, take the hit and bounce up smiling.

I used to love when Ward would forgo stepping out of bounds. Instead he’d put his head down and punish the DB. You never see that anymore. He definitely gave more than he got.

He definitely relished the contact – and as a blocker too, he took it to another level. Just a different mentality than you see from most every WR. Very glad he was a Steeler his whole career.

you don’t suppose any americans in (name a league) are juiced do you? nah.