Toronto Maple Leafs (2-0-0) @ Pittsburgh Penguins (1-2-0)
The Pittsburgh Penguins have hit the ice for their morning skate. Zbynek Michalek and Brooks Orpik are not participating in the morning skate and as expected both players will miss tonight’s game.
Orpik is sidelined with a groin injury and the Penguins are expected to shut him down for a few games.
Zbynek Michalek suffered a shoulder injury in Monday’s 3-2 win against New Jersey. 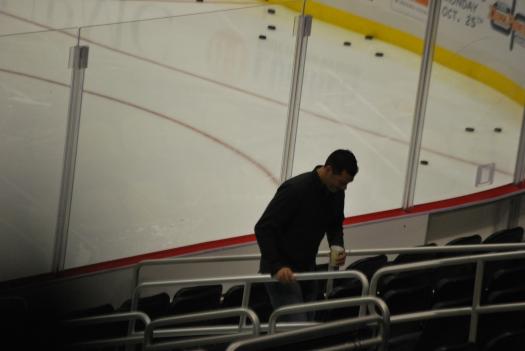 On a side note, former Penguin Bill Guerin is at the facility watching the morning skate.
Interesting line combinations this morning as it looks like Mike Comrie will be a healthy scratch tonight as Eric Godard will make his season debut.
Here are Today’s Lines and D-Pairs:
Kunitz – Crosby – Dupuis
Tangradi – Letestu – Malkin.
Cooke – Talbot – Kennedy
Rupp – Adams – Godard
D-Pairs
Martin – Letang
Goligoski – Lovejoy
Hutchinson – Engelland
Notes: Mike Comrie did not take one line shift as the Penguins opened up their morning skate with their normal routine of breakout. He was the odd-man out this morning and did not work in with any of the four lines.
Pascal Dupuis is back on the top line. Eric Godard will make his season debut tonight.
Marc Andre Fleury will start in goal.

Tristan Jarry back in goal for the Penguins

Steelers tight end Vance McDonald has called it a career, announcing his retirement today. McDonald’s retirement saves the Steelers $5.2 million against the cap.

“My family and I are so grateful for everything NFL football has provided us in our life — all the mem...

Haskin a Steeler by days end?