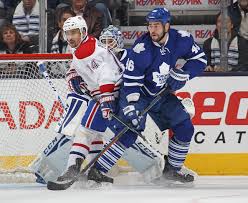 As mentioned many times over the past couple weeks, Penguins GM Jim Rutherford thinks his club is much closer to competing for a Stanley Cup than things may look for Pittsburgh in the standings.

With the trade deadline 13 days away, there’s no question Rutherford is going for it this season and prepared to dive into the rental market. [hide]

From ESPN’s Pierre LeBrun: [“I think on defense, pending unrestricted free agent Roman Polak is among the available defensemen the Penguins are monitoring; he’d be a nice fit on their third pairing and penalty kill. The Toronto Maple Leafs won’t have a hard time peddling the very likable Polak, a tough dude who oozes character, as there is lots of interest in him among the league’s contenders ahead of the Feb. 29 trade deadline. Up front, I think a guy who would be a terrific add-on for the Penguins is winger Mikkel Boedker, should he not re-sign with the Arizona Coyotes. His speed would be a nice complement to that top-six group in Pittsburgh. Again, there will be competition for the skilled 26-year-old Boedker, so perhaps too rich for the Penguins, but we shall see.”]

Polak, 29, is a pending free agent with a cap hit of $2.75 million. In 53 games he has 1 goal and 11 assists. A physical blueliner, Polak has 201 hits on the season and would add the type of snarl Mike Sullivan seeks to the lineup.

NHL sources have said the Leafs are seeking a second and fourth round pick for Polak.

One scout, though, expressed caution about Boedker, saying because he skates so well, he looks more impactful to the eye-test than he really is. Boedker is type of player who’s considered a bit overhyped from some scouts.

Darren Dreger reported last week Boedker is seeking a six year deal in the range To read this insider news, subscribe to get “Inside Access”!

Phoenix is seeking first round pick or a top-end prospect to move Boedker, though, the price will likely come down as the deadline gets closer and no extension is struck.

The Kings looking for a top-four defenseman, has been scouting the Canadiens often. Word
is that they could be eyeing Markov or Gilbert..

Sweet, another about to be former Leaf… those have worked great for us over the past 5 or 6 years.

Has D ever been right on cost?

I wish I had something rutherford wanted

Generally speaking, he’s not right on the player.

Veto on both for the cost

Yes to polak, no to boedker

I would go in opposite direction. Lovejoy has better advance stats than polak. Boedker would be a good 3rd liner for us. But the costs is likely too high. Would prefer hudler or an older vet at lower costs for depth scoring.

If Kessel starts clicking, we get healthy, and add both of these guys then I guess we would be as good as anyone besides Washington in the East. If you want to give up our entire future to be a second tier contender then I guess they are smart moves.