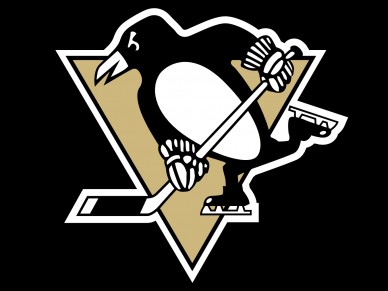 LATEST PENGUINS RUMORS
What the Penguins – Islanders home and home series last weekend confirmed to team officials is the Islanders are a deeper team offensively that could pose problems in the spring.
The Edmonton Oilers are actively shopping winger David Perron and had targeted three particular centers in trade talks. Blue Jackets Artem Anisimov, Penguins Brandon Sutter, and Philadelphia’s Brayden Schenn. What the Oilers have found out is none of the three teams are willing participants to come to the table, especially the Penguins and Flyers when it comes to moving Sutter or Schenn in a deal for Perron.
The Penguins like David Perron and some in the organization like him a lot, who is signed for one more season with a cap hit of just $3.812 million, but not at the expense of Brandon Sutter, multiple team sources say.
Reports indicate talks between the Blue Jackets and Oilers have also cooled as the Blue Jackets are not keen in moving Anisimov.
If talks are going to turn serious between the Penguins and Oilers, it’s going to have to involve a deal without Sutter being involved. For the Oilers, they are determined to add a No. 1 goaltender or top-2 line center for Perron but some league executives suggest they’re going to have to live with a lesser return for Perron, who wants out, and move Jordan Eberle in a bigger deal to net a top-2 line center.
The Oilers and Flyers had some discussions in the summer about a bigger deal involving Eberle and Schenn.
PENGUINS A FIT IN TRADE FOR JORDAN NOLAN?
Bob McKenzie of TSN reported this week that multiple Eastern Conference teams have expressed interest in 25 year old Kings winger Jordan Nolan. Count the Penguins among them that have checked into Nolan, along with others including the Bruins, Sabres, Flyers.
Nolan is a rugged winger at 6-foot-3, 220-pounds who plays a gritty and agitating style. He’d be an upgrade over Zach Sill with a bit more offensive ability. What are the Kings looking for? A defenseman in exchange.
Robert Bortuzzo for Jordan Nolan?
I asked around on that and got a ‘No’ but makes some sense on the surface.
SETOGUCHI ON WAIVERS
The Calgary Flames placed forward Devin Setoguchi on waivers yesterday. Setoguchi, a former 30 goal scorer, has no points in 12 games with the Flames this season. He’s making just $750,000. With cap space now available with Dupuis on LTIR, the Penguins can at least have ‘discussions’ internally about taking a gamble on a player like that, as one source put it.