Pens trade deadline plans back to square one 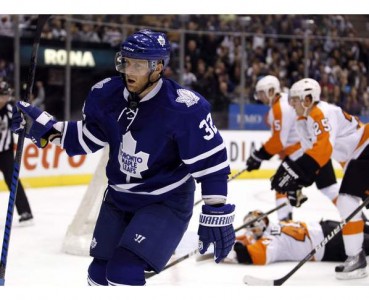 Team will now have ability to add
The Penguins hockey operations department held organization meetings on Thursday and Friday in Pittsburgh, with those meetings centered around formulating their trade deadline plans.
Just a day later, it’s now back to square one for GM Ray Shero and his staff.
With Malkin out of the picture, the Penguins will go from a cap strapped team who were going to have to move salary to add, to now having the ability to add salary without moving bodies.
The Penguins project to save around $2.85 million with Malkin being lost for the year and due to pro-rated salaries, the Penguins project to be able to add a max cap hit of over $7 million.
The Penguins will now begin actively working the phones as their scouting staff goes back to the drawing board where targets who were out of their price range, could now garner consideration.
Obviously no plan is in tact right now as the previous deadline plans centered around the ability to barely add a max cap hit of $700,000.
The Penguins expect to the learn the actual recovery time for Malkin by mid-week. Right now the team is expecting at least a 6-9 month recovery.

If it is deemed that Malkin will likely be sidelined for almost a year, cap wise it will open the door for Pittsburgh to at least consider winger targets in the $3-to-$4 million range who may have term beyond this season left on their deal. Hence, Pittsburgh will have the ability to take on that salary for next year.
The Penguins have $52.325 million committed to 15 players for next season.
For now, it’s wait and see as the Penguins will begin formulating a “new trade deadline plan”.
Adding a wing or center will be debated inside the organization and even adding to their 3rd and 4th lines will “likely” still be an option as the team is said to have renewed interest in former Penguin Jarkko Ruutu.
The team even has the ability from a cap standpoint to add a No. 6 defenseman if they would want to go that route. The Penguins though have been said to be very pleased with their top-7.
Plenty of options are now available to the Penguins and they have time on their side as the trade deadline is still 23 days away, if they choose to make a significant move.
Here’s another thing to keep in mind: There’s a good chance that in the end, the Penguins just look to tweak their roster.
For now though, everything’s just preliminary but here’s some chatter.
———————————————————
With the ability to add, the downfall is that the UFA-Rental winger market is very weak. There’s not a Marian Hossa or even Bill Guerin out there from years past.
However, there are some desirable players available who have a year left on their deal.
Toronto’s Kris Versteeg is a player who could re-emerge on the Penguins radar. The Penguins made a play for Versteeg at the draft last June. He is available again this year but Toronto’s looking for NHL ready players in return.
Versteeg, 24, has 14 goals and 31 points on the season after scoring 22 goals in 08-09 and 20 goals in 09-10. He has one year left on his deal and a cap hit of $3.083 million. The Penguins are said to see Versteeg as an excellent fit in Dan Bylsma’s system and I’d expect the Penguins to at least make an inquiry.
Just throwing two names out there as Edmonton is actively looking to move Ales Hemsky (29pts – 34 games) and Dustin Penner (16goals, 32pts – 50 games). Both players have one year left on their deal but at this point there has been no indication that Pittsburgh will go that route.
Penner has a cap hit of $4.25 million and Hemsky $4.1 million. Right now I don’t see them going in either players direction.
Espn’s Pierre LeBrun speculates that New Jersey Devils center Jason Arnott could be a player the Penguins take a look at. Arnott, 36, has 13 goals and 10 assists on the season and a minus-12 rating.