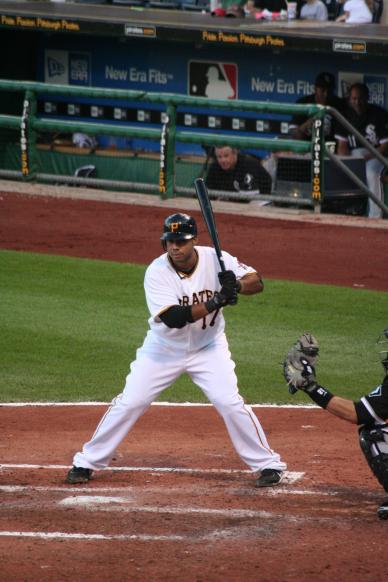 Chicago 7 – Pittsburgh 2
Following the Pirates 7-2 loss to the Chicago White Sox on Wednesday night that included 6 errors and 4 in the ninth inning, manager John Russell called the Pirates performance “embarrassing” in his post-game comments.
The Pirates were the first team since the 2007 Florida Marlins to commit 6 errors in a game.
“Embarrassing, ” Russell said. “We kicked the ball and threw it around. We’ve got a lot of work to do.”
The White Sox spoiled Pedro Alvarez’s major league debut. The Pirates top power prospect since Barry Bonds was 0-for-2 at the plate with a walk and a run scored in the Pirates loss.
White Sox starter John Danks held down Alvarez and the Pirates by limiting them to just four hits over eight innings.
The Pirates had more errors than hits in their 10th straight loss. The Pirates are now a season-high 19 games under .500.
Zach Duke continued his struggles and fell to 3-8 on the season. Duke allowed 5 runs on 8 hits in 5.2 innings pitched.
A Pirates starting pitcher has won just once in the last 26 games.
Jose Tabata hit his first career home run, a solo shot in the 8th inning off of John Danks.