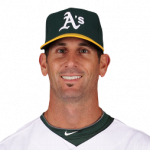 Latest Pirates Trade Rumblings
Beltran sweepstakes heating up
Interest is so high in Mets outfielder Carlos Beltran that the Mets expect to move him well before the July 31st trade deadline.
According to SI’s Jon Heyman, things are shaping where “there are the favorites and the longshots.”
Heyman lists the Phillies and Red Sox as the leading favorites with the Braves and Giants among the top four teams in the mix.
The Pirates have kicked the tires on Beltran but that’s the farthest things are expected to go as the team doesn’t have expectations to make an actual play for Beltran.
Pirates look into Wigginton?
The Pittsburgh Pirates have been scouting the Colorado Rockies of late. The Rockies are willing to move some relievers, which might interest the Pirates but the Pirates have also looked into Ty Wigginton, according to one major league source.