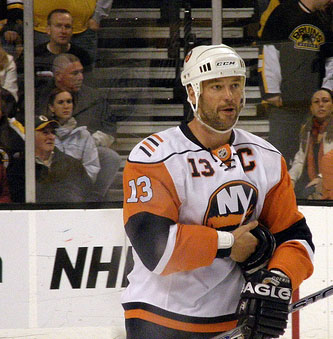 The Pittsburgh Penguins have acquired New York Islanders forward Bill Guerin for a conditional pick. As first reported by Inside Pittsburgh Sports, the Penguins and Islanders nearly finalized a deal for Guerin in early February. When a deal fell through with the Capitals over the weekend, the Islanders came back to Pittsburgh with a much lower asking price.
Guerin, 38, has 16 goals – 20 assists – 36 points in 61 games with the Islanders.
The Penguins made a minor move claiming forward Craig Adams from Chicago.