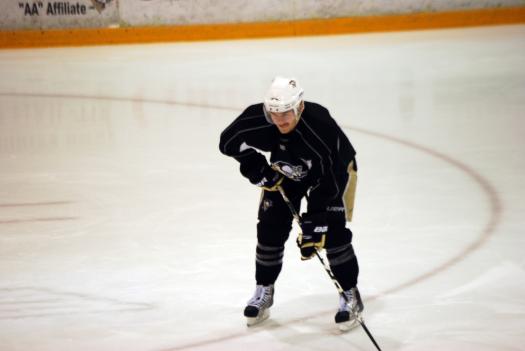 LOCKER ROOM TALKING POINTS
On Friday, former baseball union chief Don Fehr was officially appointed by the NHL Players’ Association as its new executive director.
Fehr was recommended by a search committee in September and the executive board soon after endorsed the nomination. A full vote by the membership then overwhelmingly approved the appointment
I caught up with Max Talbot whose the Penguins NHLPA player rep about what this means for the NHLPA.
“It’s definetely a positive thing, ” Talbot said. “He’s a guy whose been with us for a couple months now, on the calls and while he’s never been officially until two days ago… but now he’s there.”
“He obviously brings a sense of confidence, more experience for us and more credibility for us as a union. We want to move forward and Don help us move into the right direction.”
During the entire process, Fehr’s message to the players has been the significance of becoming “unified”, according to Talbot.
“It’s that we need to be unified, ” Talbot said. “It’s more of a politician thing than anything…. You know…. he wants to get us to understand what’s really going on and get us to push into the same direction and he’s really good at doing that. He’s a leader out there and that’s his biggest message.”
KUNITZ WILL RETURN TO THE LINEUP
Chris Kunitz skated extremely well today after returning to the ice this morning and Kunitz told me afterwards that he will return to the lineup.
“Yeah, definetely, ” Kunitz said when asked if he expects to play tomorrow. “Anytime you can play a game and help your team be successful is great. “We’ve had a few rough goes the last two games and we have to get better to the games we were winning and back to being a better overall team, especially with the puck. We have a challenge ahead of ourselves against a good Phoenix team. A team that has a lot of speed and D that jump into the play. We’re going to have to play one of our best games this year.”
BYLSMA: NO TIMETABLE FOR STAAL
Jordan Staal was around the facility this morning with his hand bandaged and wearing protective casing. He has not been seen on the ice by any media members since December 7th, as Staal usually skates before or after the Penguins regular practice.
Head coach Dan Bylsma was asked once again about Staal and it’s not a topic the Penguins seem to really want to talk about as they continue to carefully use their words.
Bylsma said today that there is no timeline for Staal to begin practicing but still won’t confirm that there is a setback, at least not publicly.
Bylsma claims Staal’s injury is progressing, despite Staal being into week 7 of his injury and not close to returning to game action.
Bylsma said today that Staal is likely to get further evaluated later this week and the team might have a timeline then.
An interesting comment from Bylsma is that the team has to monitor a particular spot in Staal’s hand, in regards to the amount of pressure that “particular spot” gets.