Potential Camp Invites: O’Sullivan’s drive to play in the NHL coming into question 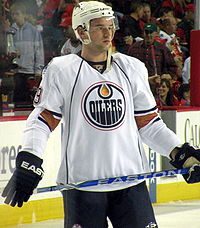