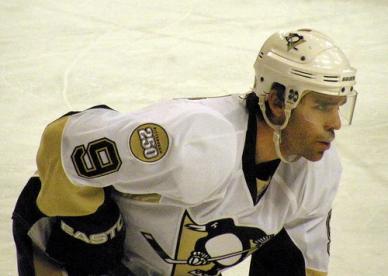 With $4.9 million in cap space, Penguins exploring ways to shed salary
Pittsburgh Penguins General Manager Ray Shero has made Rob Scuderi a top priority which has led to Shero shopping a number of players on day 1 of free agency, including Pascal Dupuis, Eric Godard and Mark Eaton.
Shero has clearly made Rob Scuderi a priority as the team has shown a willingness to offer a four year contract.
If Rob Scuderi returns, the Penguins will explore trading defenseman Mark Eaton according to league sources.
There is some thought that if Pittsburgh re-signs Scuderi, Chuck Fletcher will make a play for Mark Eaton. Fletcher currently has an offer on the table to Scuderi.
One player the Minnesota media doesn’t want to see back is Pascal Dupuis. Exchanging emails with Michael Russo of the Star-Tribune today regarding the PIT/MIN trade speculation, “Just don’t send dupuis back to us.”
A trade that Pittsburgh could have pursued if they were looking for a significant salary dump was to move Chris Kunitz to Toronto.
Team officials indicate Ray Shero had no interest in pursuing this trade as Brian Burke has shown interest in Kunitz since the draft.
For arguments sake, just think if the Penguins could have another $3.75 million in cap space. Marty Havlat would have a Penguin.
The days of the Penguins being very aggressive are likely over. Ray Shero wants to try to keep his team intact but to do so he will have to move some salary.
Pittsburgh currently has almost $3.6 million tied up to four -4th line players (Adams, Godard, Rupp, Dupuis). Ray Shero won’t admit it publically but moving Godard has been discussed and was being pursued prior to signing Rupp.