Talbot out 4-5 months; Expected to return in November 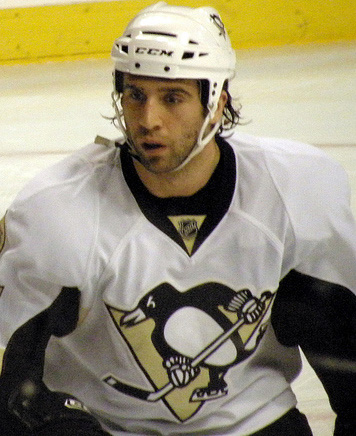 Pittsburgh Penguins forward Max Talbot underwent shoulder surgery yesterday and Talbot will be sidelined for 4-5 months.
With Talbot out for the first month or two of the 2009/2010 season, Pittsburgh remains in discussions with winger
Petr Sykora. Sykora has drawn interest from a few teams on the open market, including the Vancouver Canucks, New Jersey Devils, and Nashville Predators but the market is not very strong for him.
Pittsburgh is interested in a one year deal with a reduction in salary, likely around $1.8 million per season. Sykora wants a no trade clause.
A source close to Sykora’s camp indicates, Ray Shero and Allan Walsh, Sykora agent are expected to touch base again today.
If Sykora wants to cash in, he has the opportunity to play in the KHL.
A source close to Kotalik’s camp indicates, they haven’t heard from Pittsburgh since last Wednesday.
I’m told Pittsburgh will continue to explore the market and the trade market. Talks with Calgary have been on-going.
Pittsburgh’s #1 focus remains adding a veteran defenseman. They remain highly interested in Nick Boynton and Jay McKee. Nashville is believed to be in hot pursuit as are a number of other teams.
Pittsburgh is hopeful that McKee will sign for around $1.5 million, play with a winning team and have the opportunity to cash in next season.
Nick Boynton is believed to be looking for around $2.25 million per season.
Dan Bylsma is pushing for the Penguins to sign close friend Martin Skoula. I’m told the front office doesn’t Skoula as a good fit but we’ll see if that goes anywhere this week.
On the trade front, the Tampa Bay Lightning are shopping defenseman Paul Ranger. I have not heared him connected to Pittsburgh to this point.