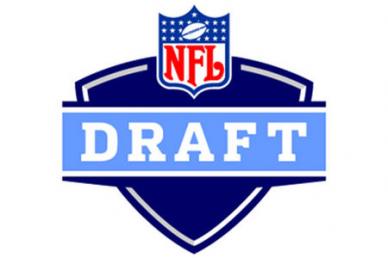 Five hours until the NFL Draft kicks off and the Steelers will be playing the waiting game as the Super Bowl Champions have the last selection in the first round.
There has been a ton of buzz the past 48 hours that the Steelers¬†are looking to go¬†defensive line in the first round.
They have two potential targets at the top of their wishlist in Missouri’s Evander Hood and San Jose State’s Jarron Gilbert.
If Hood is off the board, the Steelers will strongly consider moving back a few picks, adding an extra draft pick and selecting Gilbert in the early to mid second round.
Defensive Line, Cornerback and Offensive Line¬†remains in play with pick #32. Wide receiver to some extent but going wide out is a major longshot and there are only two prospects the Steelers will consider.
10 Prospects under consideration at pick 32, Plus the late first round Big Board
Defensive Line
1. Evander Hood – Missouri
2. Jarron Gilbert – San Jose State
Latest Buzz — Hood is the Steelers #2 rated defensive end on their board ( D-End’s who fit 3-4 scheme) and is at the top of their wishlist. If he is available, he will be their selection.
Gilbert has a ton of upside and can also play DT.
Center/Guard
1. Max Unger – Oregon
2. Eric Wood – Louisville
3. Alex Mack – Cal
Latest Buzz — Of the three, Max Unger is the Steelers top rated combo center/guard because he can also play tackle. He is very versatile which is what the Steelers are looking for.
Wood is seen as the better guard of the three, which gives him a slight edge over Mack who is the best center of the three.
Tackle
1. Eben Britton – Arizona
2. Will Beatty – Connecticut
Analysis: Britton will get consideration at 32 if he is still around. There is some talk Minnesota will select him at #22. Some mock drafts have the Steelers taking Will Beatty. Not going to happen, I’m told Beatty is rated as a late second round prospect on their board.
Cornerback
1. Vontae Davis – Illinois
2. Darius Butler — Connecticut
3. Alphonso Smith — Wake Forest
Latest Buzz — The Kewain Ratliff signing has no bearing on the Steelers draft philosophy. He is a backup who may not even make the roster.
Therefore, cornerback remains in play at pick 32. Vontae Davis is at the top of the Steelers board when it comes to cornerbacks who could still be around. Darius Butler will also get serious consideration.
Alphonso Smith has great ball¬†skills but I think the Steelers will shy away from him because of his size (5-9). All three will get a look if they are still around.
Wide Receiver
1. Hakeem Nicks – North Carolina
2. Percy Harvin – Florida
Latest Buzz — As we’ve been mentioning for a while, Nicks is a player of interest because the Steelers see him as the perfect wide receiver to replace Hines Ward in the long run.
Percy Harvin’s stock is¬†dropping because of character concerns¬†but it remains to be seen if he will actually fall out of the first round.
Despite the character concerns,¬†a¬†Steelers source tells me¬†Harvin would obviously get a look at 32¬†because he is a top 10 talent. Still, going wide out is a major longshot even if Nicks or Harvin are still on the board.