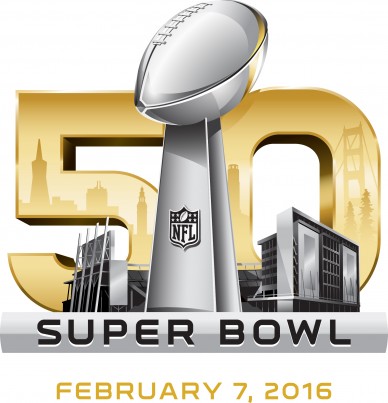 1. Peyton Manning carried so many bad defenses for years, it is fitting that he gets to go out on top (assuming he doesn’t go to the LA Rams and collect another $20 million) with a great defense carrying him. The Broncos showed again that defense rules the day and that a defense is a quarterbacks best friend.

In 2006 when Manning won his first Super Bowl, he was in his prime and at the peak of his career but still surrounded by a very good defense led by Bob Sanders. Nine years later the Broncos D may go down as an All-time great ‘D’ for how dominant they were in the playoffs, considering it’s never been easier to throw the football and score points in the NFL than it is today.

Having a very good to great defense around great quarterbacks is still very important to winning Super Bowls.

Ben Roethlisberger has won just one playoff game over the last five seasons as the Steelers have not boasted an elite defense since the 2010 season, the last season Pittsburgh got to the Super Bowl when they had the No. 1 ranked defense.

Aaron Rodgers won his only Super Bowl in 2010 when the Packers had the No. 2 ranked defense in the league.

The 2013 Russell Wilson led Seattle Seahawks also had the No. 1 ranked defense.

2. To do what Denver’s D did during their playoff run is quite remarkable.

There should be an asterisk next to the Steelers game as Ben Roethlisberger was hobbled and the team was missing Antonio Brown. Still, the Steelers came in averaging 27 points per game, Denver gives up just 16.

Cam Newton and the vaunted Panthers offense are held to 10 points in Super Bowl 50 after averaging over 31 points per game.

One of the biggest takeaways from Denver’s championship run was how great the defense was on third down.

3. Mike Tomlin and the Steelers know all about the significance of having a great pass rushing outside linebacker and another very good one on the other side. They had that combo early in the Tomlin years (James Harrison – LaMarr Woodley) of what the Broncos have now in Von Miller and DeMarcus Ware.

Trouble for the Steelers is first round picks Bud Dupree – Jarvis Jones are not going to be that Miller – Ware combo they desperately need anytime soon in Ben Roethlisberger’s last couple elite seasons.

Jones showed some flashes in the post-season but he’s best in coverage and even if he can evolve into a Jason Worilds type player in year four like Worilds did, it won’t be enough and he’s unlikely too. They needed him to become a star and time is running out.

4. How good Von Miller is also shows how much improvement Marcus Gilbert made this season for the Steelers. Head-to-head vs Miller, Gilbert allowed no sacks and just one QB hit in two games. Miller had no tackles in the regular season matchup and just two tackles in the divisional round vs Pittsburgh.

Early in the 2014 season, the contract the Steelers gave to Gilbert was looking like another blunder but under Mike Munchak he’s evolved into an above average right tackle.

5. The Steelers have opened up by many betting books among the Super Bowl Favorites. Sportsbook.com has them tied with three others as the second best odds at 10/1.

With the reality that Ben Roethlisberger only likely has a couple great seasons left in him, and this year marred by injuries, wasn’t a great statistical one for him, a topic of discussion emerging for the Steelers is whether they need to follow the Broncos blueprint from 2014 and spend money to surround their soon to be aging quarterback with a great defense.

In March 2014 the Broncos signed Aqib Talib, DeMarcus Ware and T.J. Ward to big money deals that played a big role for Denver evolving into the defense they have today.

Very surprised the Broncos were able to build that team under the cap. They spent a lot of money on free agents and wide receivers. Peyton is also $20 a year and not producing close to that level.

Peyton isn’t an elite qb. At this point I consider him in the bottom 1/3 of qb’s in the league and maybe worse. Just doesn’t have the arm. Broncos won despite him and not because of him.

Having a great quarterback and great defense will win you championships. #analysis

Gilbert an above average RT? He’s one of the best. There wasn’t one game where we had to worry if he was going to be able to contain the guy across from him. I hated the guy a couple years ago, glad to be wrong.

Wait, so you’re saying you have to have a good TEAM to win a championship? I’m shocked.