Vulcan Soccer: Green to play for USA in Maccabi Games 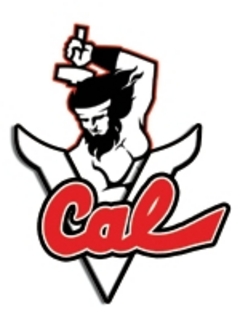 CALIFORNIA (Dec. 15) – California University of Pennsylvania senior Adam Green (Hatboro, Pa./Hatboro-Horsham) will represent Team USA on the Open Men’s Soccer Team at the upcoming Maccabi Australia International Games from Dec. 26-Jan. 2 in Sydney.
The games will take place at Olympic Park where many of the competitions took place during the 2000 Summer Olympics. Maccabi USA strives to provide Jewish athletes the world over the opportunity to share their heritage and customs in competitive athletic settings.
Green was a four-year defender on the Vulcan soccer team, appearing in 61 games with 39 starts. He started a career-best 17 games this season and helped Cal U post an 11-5-2 overall record. The 6-1 senior posted a goal and assist in 2010 and anchored a defense that allowed just 0.94 goal per game.
“It’s an honor to represent the USA at the Maccabi Games,” said Green. “It has always been a personal dream of mine to play for the National Team. I have high expectations for the Maccabi Games and look forward to the opportunity to compete with some of the best Jewish Soccer players in the world.”
The Open Men’s Soccer Team for USA will be coached by Preston Goldfarb, who finished his 28th season as head coach at Birmingham-Southern College (Ala.) this fall. He has tallied over 300 victories with the Panthers, while coaching the program at the NAIA, NCAA Division I and NCAA Divisision III levels.
During his college career, Green helped Cal U win its first-ever Pennsylvania State Athletic Conference (PSAC) Tournament and advance to the NCAA Tournament in 2008. The Hatboro, Pa., native is pursuing an undergraduate degree in sport management and is a three-time PSAC Scholar-Athlete.
During the 2009 Maccabi Games in Israel, the USA Open Men’s Soccer Team posted wins over Peru, Chile and South Africa before defeating Australia to earn fifth place in the Open division. Overall, Team USA sent 903 athletes from 37 states and captured 255 medals (84 gold) in 2009.