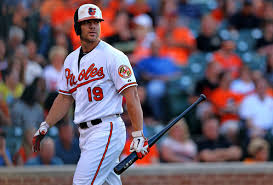 LATEST PIRATES RUMORS [hide] With 41 home runs and 102 RBIs, pending free agent Chris Davis is viewed in MLB circles as ‘homering his way’ out of Baltimore. The Pirates looked into Davis last month and are already being mentioned as a team likely to pursue Davis this winter. Expect #Pirates will have interest in

Russell Martin to Cubs for around $16 million per season on four year deal?

$16 million a year for Martin? The Chicago Cubs have been the team all along that Pirate officials feared would outbid the rest of the field and have Pittsburgh nowhere in the ballpark. That’s where things might be headed as Martin is getting close to signing a new deal with Chicago remaining the likely landing

PIRATES UNDECIDED ON FRANCISCO LIRIANO The Pittsburgh Pirates, as expected, will make a qualifying offer to Russell Martin, Jon Heyman of CBSSports reports, citing league sources. The qualifying offer will be $15.3 million. Martin is expected to command a four to five year deal worth $14-$16 million per season in free agency. Among the strongest

MLB: Russell Martin looking forward to seeing what his value is on open market

BEST PRICE WILL WIN OUT FOR MARTIN? Russell Martin will officially hit the open market in two months and the Pirates have known this for a long time, a reason they haven’t made any attempt to resign Martin since spring training ended. Martin wants four years, Pirates officials have acknowledged privately, which has lowered their

PIRATES TRIED TO MOVE ALVAREZ IN PAST COUPLE DAYS The Pittsburgh Pirates found out this week, Pedro Alvarez’s trade value is at an all-time low and that doesn’t bode well for the off-season. According to team sources, the Pirates actively tried to move Alvarez in potential deals for Major League roster players, including a deal

Pirates among teams in on SP Ian Kennedy

Pirates considered to be “third” in the derby for Jon Lester

IS PEDRO ON THE MOVE? Are the Pirates willing to move Pedro Alvarez by Thursday’s 4:00 p.m. trade deadline? The buzz in the industry is absolutely, though, it’s believed Pittsburgh is only interested in a deal that brings a key Major League player back. Despite Alvarez’s struggles at the plate and in the field, there

Pirates have checked in on both pitchers