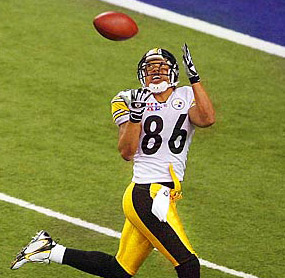 By Dale Grdnic
PITTSBURGH — No one will admit it, but Hines Ward’s Hall-of-Fame career with the Pittsburgh Steelers is winding down.
Sure, there are six games remaining for the Steelers (7-3), as they practice Tuesday and Wednesday before getting four straight days off — as per the new CBA — in this bye week. The club’s next game is Nov. 27 at Kansas City, and there’s no telling how much Ward will be involved. 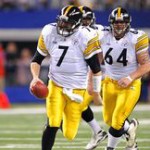