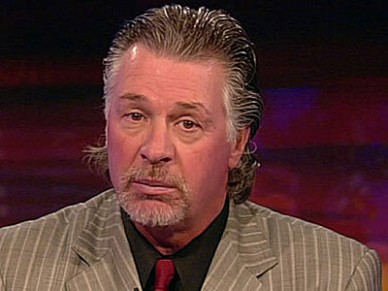 By MARK MADDEN
ESPN’s Barry Melrose recently analyzed the fiasco on Long Island and Mario’s comments thereafter. His conclusions:
*Mario was wrong.
*The NHL wants Mario to be more involved on a consistent basis. He won’t, but Mario blasted the NHL anyway. That makes Mario wrong on two fronts.
*Mario was wrong.
*Mario didn’t bitch when the Pens won all the fights in the Feb. 2 meeting with the Islanders. (That’s like comparing a fight during fourth-grade recess to Stalingrad, and acting as if who wins a hockey brawl matters. It doesn’t.)
*Mario was wrong.
*Mario was wrong to complain when his team leads the NHL in fighting majors and employs Matt Cooke.
*Mario was wrong.
*The NHL handles suspensions better than any other sport. Thirteen games total was adequate punishment for the Islanders, though Barry said Matt Martin, as a first-time offender, should have received less than four games. (If that punch connects, Martin might wind up behind bars.)
*Mario was wrong.
I’m not mad at Barry. I like him. He entertains. He’s got his shtick, I’ve got mine. I disagree with him, but so what?
Problem is, ESPN’s other hockey analyst is ex-Penguin Matthew Barnaby (who I also like). Barry and Barnaby both like it Canadian. They both like it physical. They both like a fight. They both like it Neanderthal.
ESPN’s hockey coverage has no voice of reason. All they have is the Geico cavemen on skates. They need balance. They need an American point of view.
They need Eddie Olczyk. He’s still the best in that business.
Lots of people want the NHL back on ESPN. I’m not so sure that’s a good idea. Look at the job ESPN has always done with hockey, and is doing now. It’s always been second (or third, or fourth) fiddle. Look at the short shrift it currently gets. ESPN misses no chance to embarrass hockey. Barry and Barnaby don’t do the game any great service with their matching opinions.
Look at the job Versus has done since getting NHL telecasts in 2005. They get better and better. Their analysts provide entertainment, expertise and balance. None have Melrose’s profile. But they do hockey justice. So does Versus.
I’m fine with the NHL leaving ESPN to its own devices. (In other words, F ESPN.) Talk about the brand name all you want. About SportsCenter all you want. But ESPN always acts like its doing the NHL a favor, and the relationship really didn’t benefit hockey the first time around.
Mark Madden hosts a radio show 3-6 p.m. weekdays on WXDX-FM (105.9).