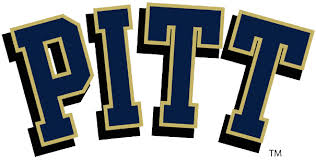 The coach lost his cool. The players lost the football game. And the program lost its momentum.

That’s what happened to Pitt on Thursday night.

Although I guess it’s hard to say “momentum” with a straight face after that many Pitt fans successfully pulled off Halloween costumes as empty seats at Heinz Field Thursday night.

But let’s not get bogged down on the Panther attendance debate at Heinz Field. Let’s focus instead on whether or not this year’s Pitt team really is all that different from the 14 years of its predecessors at Heinz Field instead.

One thing I learned watching Pitt’s 26-19 air-brake type of loss to North Carolina is this: There’s a difference between “different” and “good.”

Yeah, this Pitt team is different. It didn’t lose its season opening game at home against Youngstown St under a new coach. That was different from Paul Chryst. That’s a start.

Other Pitt teams in the past likely shank the 56 yard field goal after two pre-snap penalties at Georgia Tech. Other Pitt teams stub their toes with a surprising loss against Syracuse instead of finding a creative way to win with a memorable fake punt.

So yes, this Pitt team has proven it’s “different.” At least it has cleared some hurdles and has overcome some stinky reputations.

But what this Pitt team isn’t quite yet…is all that good. It lost against the best team it’s faced so far in Iowa. Gave it a good go on the road, mind you. But lost. And at home against UNC (also 6-1 at kickoff), they were the second best team on the field.

Carolina’s QB was better (Marquise Williams 11.7 yds/pass vs Nate Peterman 6.8). It’s receiver depth was better. It’s kicking was better (Nick Weiler made all six place kicks for the Tar Heels. Chris Blewitt missed two). And so was its pass rush (UNC 5 sacks/Pitt 0). Plus Carolina didn’t have a turnover while Dontez Ford coughed up a crucial fumble in the first half that lead to points.

But in order for the first part of that equation to happen, the Panthers will have to prove a lot more than they did Thursday night if they want to beat ND on 11/7. Peterman will have to make a few more plays downfield. Tyler Boyd may have to play through “a little bruise” on the final drive next time (his coach’s words, not mine). And Pat Narduzzi may have to spend less time focused on chewing out the refs and his fellow coaches, and more time focused on the game clock and play calling.

Like many others I walked into Heinz Field on Thursday night expecting a referendum to be held on the “STATE OF THE PITT PANTHER FOOTBALL PROGRAM’S ATTEMPT TO TURN A CORNER.”

Instead, no prolific statements were made. We just got a reality check. The Panthers may put us back on the emotional roller coaster at any time. But until then… they are getting better. They just aren’t all that good yet.

Is Tim only on the radio for Steelers football? I’d love to talk Pitt football with this clown.

Not really. I’d love to talk to anybody about Pitt football, which is why I’m a premium member on 3 differwnt boards. If Benz wants to make stupid comments, he should at least have the common courtesy to back them up when someone challenges them right?

If you were at the game Tim, you would have seen how one sided the officiating was. Countless uncalled holding calls on the UNC o-line as their qb rolled out to make big plays…at least 2 big missed pass interferance calls on Pitt WR’s and ticky tack PI call on the worm. I guess the refs made the numbers look even by a few calls in the last minute of the game. Narduzzi is supposed to chew out the refs. His kids work too hard not to be given a fair game. UNC had better athletes, but Pitt shouldn’t have… Read more »

lol what a dope. He just described Pitt to be a 9-3 team with a win over a top 10 Notre Dame and said that he wouldn’t consider it a good team. Throw in a bowl win, and it’s a 10 win team with a bunch of Graham and Chryst no-names surrounding Tyler Boyd. This team lost their starting LT in thr spring and their All American all ACC rb in game 1, but being 6-2 isn’t good enough. Give me a break.

At least Benz is on a big roll, each article he writes continues to make people long for more D articles

Figures the first real article we get on PITT is only because they lost.

Benz: Seriously if you are this depressed feel free to move to a social scene blog.

“overcome some stinky reputations.” you sir, are a wonderful wordsmith