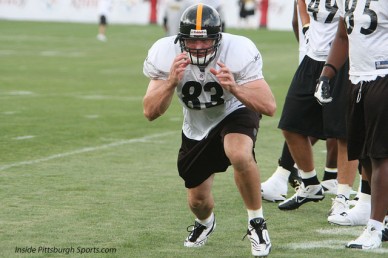 Jesse James has some big shoes to fill.

He’s 6’7 and weighs 270, so I’m guessing he fills some pretty big shoes every day, but he’s also a tight end for the Steelers and that means, as of right now, he has to fill Heath Miller’s shoes.

Since he retired on Friday, I don’t think there is a person in Western Pennsylvania who has challenged the notion that Miller is the best tight end in Steelers history and he’s been one of the three best in the league for the last 11 years.

Miller was a first-round pick in 2005 and considered a possible steal at the time because he only fell that far because of some questions about his back.

He had won the John Mackey Award as the best tight end in college football.

James was ranked the seventh best tight end in the 2015 draft by Mel Kiper Jr. of ESPN and the Steelers drafted him in the fifth round.

James is not likely to finish his career as the greatest tight end in Steelers history, but all the Steelers need from him right now is a good enough season to make them miss Miller as little as possible.

And they are going to miss him.

Miller was a fixture at the position. Ben Roethlisberger was able to count on him being there every week. In 11 seasons, Miller missed 8 games. He started 16 games six times, 15 games twice and 14 three times.

Miller only averaged three and a half catches per game but there were plenty of games when he had more than that and he made too many big, clutch catches to count and played a huge role in allowing Ben Roethlisberger to become famous for keeping plays alive longer than any quarterback in the league.

He leaves a huge hole in the Steelers offense and James has a lot of catching up to do to show that he can fill it.

So, do the Steelers draft a tight end in the first round?

Only if there is one who can come in and start right away. If there is no one available who could come in and steal the job from Jesse James, he’s probably not worth the pick.

Especially if there is a can’t miss cornerback available.

Remember, Miller was a factor from Day 1 his rookie year. 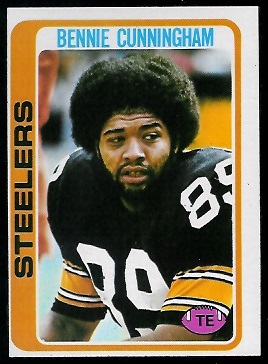 -So, is Heath Miller really the best tight end in Steelers history? Yeah, but for his dependability and durability more than his talent. He could make the tough catches and was pretty good at running after the catch but he wasn’t better than Eric Green.

I don’t remember what kind of a blocker he was, but nobody cared. He caught 63 passes for 942 yards in 1993, good for 15 yards a catch. But he only played 16 games twice and I saw him throw up on the sideline after a long run in Arizona on a Monday night. Eric liked to eat and party a lot. He ate and partied himself out of town after only five seasons.

Bennie Cunningham was a first round pick in 1976 and played a role in two Steelers Super Bowl wins. He was 6-5, 254 and averaged 14.3 yards per catch for his career. Miller averaged 11.1.

He must have been a pretty good blocker, because the Steelers were one of the best running teams in the league. But he played on a team that was famous for not throwing to the tight end enough and only played 16 games once.

And don’t forget Elbie Nickel. He was named the tight end on the Steelers’ all time team during the 75th anniversary celebration in 2007. His 329 catches were the most in Steelers history until Miller passed him. Nickel missed one game his rookie year and never missed another one in 11 years. He averaged 15.6 yards a catch for his career and averaged 24.3 in 1949.

So, let’s celebrate Heath Miller’s career and let’s let him have the title as best in Steelers’ history, but let’s admit that it may not be a slam dunk. 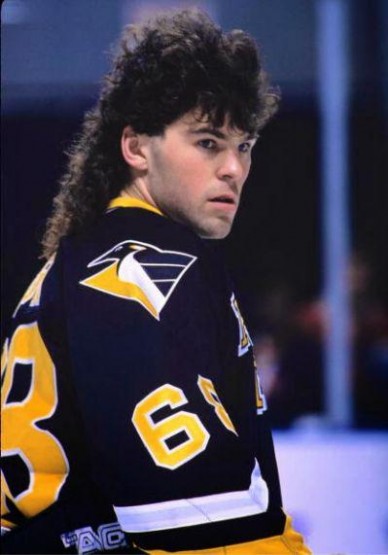 If Salary Cap was instituted 4 years earlier, Jagr would still be a Penguin

-I don’t know what’s more amazing, the fact that Jaromir Jagr scored his 20th goal on Saturday or that he did it in his 56th game.

Jagr turned 44 last week. It’s one thing for a baseball player to hang around into his 40s or even a hockey goalie, but for a power forward to do it is ridiculous.

And Jagr isn’t just hanging around. He’s one of the best players in the league.

So Gilbert was holding up the Markov deal? Has Savard been reached for comments?

Tony Sanchez gets a contract before Pedro, lmbo!!!! Apparently the pirates are not the only ones who are being cheap.

Who exactly are all of these people bitching about Pedro leaving? I’ve seen like two of them. I’m not sure THAT’s what signifies the Pirates being cheap. That was a perfectly acceptable move. Ryan Vogelsong and Jeff Locke in your starting rotation? That’s kind of a problem.

Bingo…starting rotation is not deep. Also wish we had more power at the corners, but was there even a realistic shot for that at either position this off-season? Probably not.

I dont mind the lack of power. The players replacing Alvarez and Walker make more consistent contact and with less boom or bust players, the Pirates offense might see some more consistency this year.

But yeah, unless a miracle or 2 happens – that backend of the rotation is a disaster – at least through midseason.

I cringe every time I think of that. If they wanted to be cheap they didn’t even do that right, could’ve had Latos for half of what Vogelsong got paid.

hmmm “Jagr would still be a penguin today”/”attendance less than 5000” would if be a complete surprise if Stiegy was Sam?

I think Miller’s position as a “Steeler Nation Cult Hero” strongly distorts the perception of his value to the team, especially over the past 2-3 seasons. He averaged 53.8 catches, a whooping 597.2 yards per season and had a 71.8% catch rate over his 11 years. He was definitely an above average player in his prime but had fallen way off in the later years of his career, I’m not saying JJ will ever be ablto replace Miller in his prime but I don’t think it will be all that hard to replace Miller from ’13-’15.

I was thinking that as well. Didn’t put the numbers on it, but he wasn’t the player he used to be. He was still a very solid piece to the team, but it’s not like he’s irreplaceable.

This is stupid… So if the salary cap is four years early Jagr no longer dies inside here in Pittsburgh. They no longer have any money problems because the cap fixes all that? No… they still end up selling assets although retaining a player of Jagr caliber in his prime probably changes how this team finishes in each of those 4 years meaning we probably dont draft any of the core guys we have today

More proof of you knowing nothing about the Pens franchise, they’re lowest yearly attendance was ’03-’04 when they averaged 11,877, yes that’s more than twice your completely baseless assertion of “hardly 5000”. You really are the clueless wonder.

patrick did it right. the pens weren’t going to win a cup with the late 90’s early 00 roster so blowing it up was the right thing. blowing it up led to all of the 1st round picks and a cup win in 09.

He did it right? He traded Jagr (one of the best players in the world) for a total pile of sh!t. Part of trading for futures is trading for GOOD futures. He repeated his incompetency with the Kovalev deal.

You forgot to add… to a divisional rival

I’ll tell you why it’s stupid. Jagr asked for a trade twice. He didn’t want to be here anymore. No salary cap was fixing that. He wanted out.

True.also team couldnt continue or give him more than 10m a year

Exactly… the whole “dying alive” comment was reference to that. It’s amazing the dumb shit that finds it’s way out here

7 days and its trade deadline.
7 days and this site will crash
P.S

Then find a new site.

Ducks could be eyeing the likes of Sabres left wing Jamie McGinn, Blue Jackets wingers Scott Hartnell and Cam Atkinson. Any of those players intrest you guys to the pens ?

He literally hasn’t won a cup since he was holding on to Mario’s cape, so I don’t have any idea how you come to that conclusion, porkchop.

Thats because you don’t play, but even if you did, you’d be terrible.