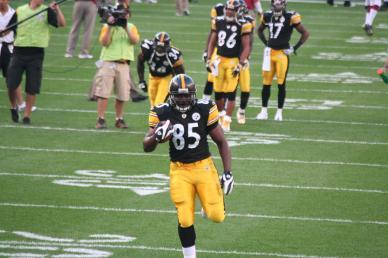 THE FULLBACK HAS DISAPPEARED
Here’s what offensive coordinator Bruce Arians had to say about who will start at fullback against the Titans.
“We don’t have any fullbacks,” Arians sad. “Not a fullback on the roster. We have a running back who plays fullback, and we got a tight end who plays fullback. But there isn’t a fullback in my offense. There’s never going to be one.”
The running back Arians mentioned is rookie Frank “The Tank” Summers, a fifth-round draft pick. The tight end Arians alluded to is rookie David Johnson, a seventh-round draft pick.
The Steelers’ first-team fullback the past two years was Carey Davis, who was cut Friday.
But because Arians has de-empahsized the role of the fullback since Mike Tomlin’s arrival as head coach, Davis only started 10 of the Steelers last 36 games, playoffs included.