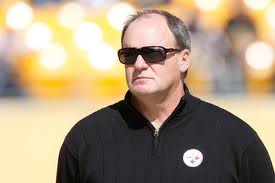 By Dale Grdnic
PITTSBURGH — For a team that says it doesn’t pick to fill needs, the Pittsburgh Steelers certainly appeared to fill each of theirs with nine selections during the NFL Draft Thursday through Saturday night.

The Steelers solidified their offensive line with depth for now and possible long-term starters in the future by picking guard David DeCastro from Stanford in the first round and tackle Mike Adams in the second. The future is bright for that position, as center Maurkice Pouncey and tackle Marcus Gilbert were first- and second-round selections the past two years, respectively.
In the third round, the Steelers got the inside linebacker many believed would be picked earlier, as Sean Spence got the call from the Miami, Fla. The nose tackle of the future, Alameda Ta’amu, was taken in the fourth round from Washington. And running back-return man Chris Rainey was picked in the fifth round from Florida.
The Steelers had four seventh-round selections and appeared to make them count as well with wideout Toney Clemons from Colorado, tight end David Paulson from Oregon, cornerback Terrence Frederick from Texas A&M and offensive guard Kelvin Beachum from SMU getting the call.
“The last three days, things unfolded very well for us, in fact,” Steelers general manager Kevin Colbert said. “We got a lot of players that we targeted. Every player we picked, we liked, and we didn’t feel that we reached for anybody, and we got everybody where we felt very comfortable in taking them.
“(But) the higher you pick, the greater the expectation by everybody, us included. But it was no grand design. It’s just how these drafts break. We don’t go into it looking for any specific sides of the ball or anything like that. When you look at the breakdown of this group … you want to get younger and provide competition everywhere, but it’s not by design. It just broke this way.”
Steelers coach Mike Tomlin was asked what he thought about the relative youth on the offensive line now.
“We’ve got youth at every position,” Tomlin said. “That’s the nature of this thing. The guys that are ready and capable of playing, we’ll play, and the guys that aren’t we won’t play. … So, we’ll get them in here and go from there.”
A brief synopsis of each player follows:
DeCastro — “He has a strong pedigree,” Steelers president Art Rooney II said. “He was a starting guard for one of the top programs in the country and top academic schools in Stanford.”
Adams — “I think the thing that got us to the level of comfort (to draft him) is not that meeting with him or the request for it, but what happened after it in terms of meeting some things that we wanted him to meet,” Tomlin said.
Spence — “He’s very instinctive and fast, a tough linebacker that can really find the ball and get to it,” Colbert said.
Ta’amu — “He’s a big, strong, physical nose tackle,” Colbert said. “We made the trade up to get him. We felt that the position, there wasn’t a lot of depth there, and if we didn’t make the move up we felt like we might not get him.”
Rainey — “He’s an exciting player,” Colbert said. “He’s a small guy, but when you watch him run against SEC competition, it was really impressive. He doesn’t run people over, but he showed up week in and week out in one of the top conferences in the country. And he can catch the ball and play special teams.”
Clemons — “He’s the local kid, from Valley High School, who spent two years at Michigan before transferring to Colorado,” Colbert said. “He was a starter this year. He has good size, and he’s fast, with a gym-rat type of personality.”
Paulson — “He is a do-it-all tight end who lines up at line of scrimmage and be an H-back,” Colbert said. “He leads some from the backfield and also has a gym-rat personality.”
Frederick — “He’s more quick than a fast guy,” Colbert said. “He had pretty good production, a three-year starter at Texas A&M and has a chance to contribute at a position where we feel we could use some depth and competition.”
Beachum — “He was a starting left tackle at Southern Methodist, but not a prototypical tackle at just under 6-3 and 3-5 pounds. He has position flexibility and center intelligence.”
The Steelers opening three choices were all in town during the draft. DeCastro arrived Friday, while the second and third picks came in for Saturday. And all three guys received a playbook. The rest will get it May 4-6 during the rookie mini-camp. … The opening three OTAs are May 22-24, while the mandatory veteran mini-camp is June 12-14. … Colbert said the Steelers probably will sign around 10 undrafted free agents. One reportedly was Aliquippa, Pa. and Pitt grad Brandon Lindsey, likely an outside linebacker with the Steelers. 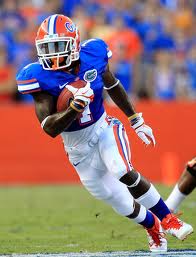