Ike Taylor on his area of the field: “I’ve got my own block” 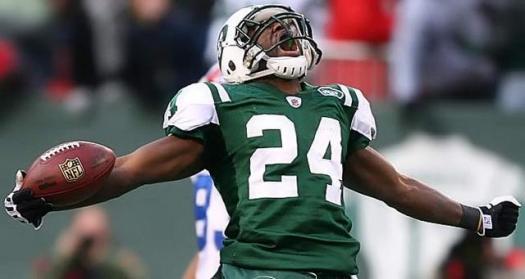 Defending A Territory
Jets star Darrelle Revis is recognized as the NFL’s top cornerback, and his area on the field is known as Revis Island. It’s where normally productive wideouts get stranded, as the fourth-year pro’s tight coverage shuts them down.
Joining Revis at the Pro Bowl this year as the top AFC corners are New England rookie Devin McCourty and Oakland eight-year veteran Nnamdi Asomugha. But some media members, as well as his Steelers teammates, believe eight-year pro Ike Taylor deserves mention in that group.
Taylor was more than humble when asked about his status.
“Those guys are Pro Bowl guys,” Taylor said. “I don’t know if they made it on their reputation or not. That’s up to you guys to talk about that…
but it’s one of my goals, to make the Pro Bowl. (And) Revis, he might have his own island, but I’ve got a little block. I’ve got my own block.
“And I don’t want nobody coming into my block or disrespecting my block. I don’t have a name for it, but it’s my block. And as far as the Pro Bowl is concerned, I’ll take a championship over (that) any day. If I could have either or, I would take that Super Bowl championship over that.”
Fellow Steelers cornerback Bryant McFadden believed that Taylor’s play has been phenomenal this season.
“He’s been doing that since he’s been a starter,” McFadden said. “He’s just a guy who doesn’t get too much recognition, for whatever reason. I really don’t know why. He’s been part of a top-notch defense, year in and year out.
“You’d think that would be enough. That consistency speaks highly about him. It might be the stats, but he had two picks this year. Regardless of that stat, he’s been playing great. A guy could have more picks, but not playing as well. And I’d take a guy playing at a high level every time.
“I guess it also could be the fact that Ike really doesn’t talk too much out there,” McFadden added. “He just goes about his business every day and gets the job done. The other guys probably do a lot more talking and draw more attention to themselves, so that could be the difference.”
And as long as Taylor plays at a high level, he eventually should get the national accolades.