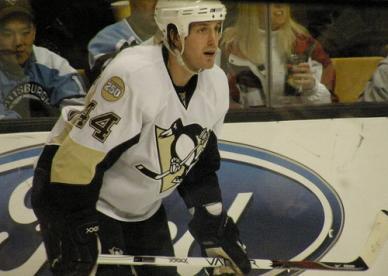 Rob Scuderi’s market value is not only rising above $2.5 million per season but is he under strong consideration for a roster spot on Team USA for the 2010 Olympics?
After talking with league sources close to the situation, Inside Pittsburgh Sports has the latest.
League sources with direct knowledge of the situation have told Inside Pittsburgh Sports that defenseman Rob Scuderi is on a short list of 10-12 defenseman who are currently under consideration for Team USA’s 2010 roster.
Scuderi’s strong playoff run in the eyes of many NHL scouts, has him rising the charts of potential players to make the roster.
Scuderi a free agent at seasons end, will be coveted by many teams including the New York Rangers, New York Islanders, Minnesota Wild and Tampa Bay Lightning.
Scuderi’s teammate Brooks Orpik is also on Team USA’s shortlist according to sources.
Orpik’s physical style and his exceptional skating ability has had him on Team USA’s radar for the past year.
What also helps Orpik’s chances is his ability to play well with offensive defensemen. He is a player of interest for Team USA
What is interesting is that some league sources even feel that Scuderi has a step on Brooks Orpik at this point in the evaluation process.
Penguins General Manager Ray Shero is on the committee which will pick the roster to take to Vancouver for the 2010 olympics.
More Team USA Rumors
Former Pittsburgh Penguins defenseman Ryan Whitney is also under serious consideration from Team USA Officials. Whitney who struggled for much of the season found his stride in the playoffs and played a pivotal role in the Ducks success.