Player Reactions & Analysis on Steelers being eliminated from playoffs 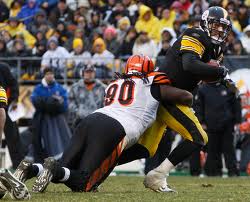