Playoff Analysis: Breaking down the Penguins play on special teams in Game 4 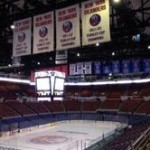