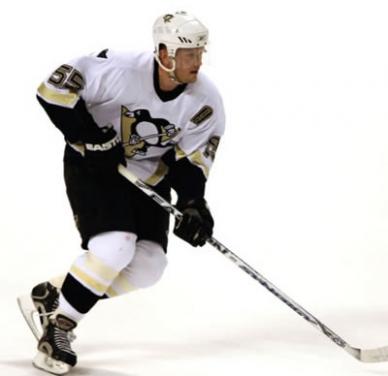 Bylsma admits recent criticism of Fleury and Malkin was valid
Could Sergei Gonchar really remain a Penguin? It seemed as if the 36-year old defenseman had skated his way out of town by hardly skating at all in the team’s Eastern Conference playoff loss against the Montreal Canadiens.
Gonchar’s lack of alacrity in his own end and in defensive transition has always been a point of concern for Penguin faithful. But that was a particular flashpoint of anger for a lot of the Pittsburgh hockey fan base as Canadien players repeatedly blew through, around, and past #55 en route to Montreal’s seven game upset win.
Furthermore, the Penguins already locked up younger offensive-defensemen in Alex Goligoski and Kris Letang with recent contract extensions. Plus Pittsburgh still needs some quality wingers. And seven other free agents from this year’s team are hitting the open market on July 1st.
Therefore many assumed Gonchar’s run on the Penguin’s blue line would end after five years, two conference championships, and one Stanley Cup.
But some interesting quotes were thrown around Mellon Arena Friday as the team cleaned out it’s lockers.
Gonchar revealed that he and Ray Shero have already spoken about his future. And he claimed that the Penguin GM has agreed to agreed to talk with his agent (J.P. Barry) throughout the next six weeks until free agency officially begins.
“I want to be happy. Pittsburgh is the place where I have been happy for the last five years. I’ve been happy here as a player and as a citizen,” said Gonchar. “I’d like to stay here if the deal can be right and fair for both sides.”
The major sticking point appeared to be length of the contract. Gonchar appears to want three years at around five million dollars a year.
Given his recent major shoulder injuries over the last two seasons and the slip in his play since last year (some may argue since the end of 2008), Pittsburgh may be hesitant to tether themselves to that kind of contract until the end of the 2013 season.
On Friday, Gonchar tried to downplay the length of contract as an issue. But he still suggested that this will be the last contract of his career and “it has to be right.”
Coach Dan Bylsma endorsed the idea of retaining Gonchar: “Three years for Sergei puts him at, what? Bill Guerin’s age? Sergei Gonchar missed 21 games and he still had the sixth most points from defensemen in the NHL. That’s what Sergei Gonchar delivers and I think that he can deliver into the future.”
Funny that Bylsma used a Bill Guerin comparison as a point of praise is this regard.
Because many Penguin observers would argue that Guerin’s best days are long behind him as well and that his play deteriorated this year in the same manner the Pens should be concerned about with Gonchar a few seasons from now.
It’s also notable that Bylsma defended Gonchar while at the same time admitting recent criticism of Marc Andre Fleury and Evgeni Malkin was valid.
“The meaning and quality of players that they (Fleury and Malkin) are for this team…when things don’t go well, you are going to get criticism. Evgeni Malkin had 40 points less this year than last year. There are going to be questions and criticism,” said Bylsma. “We think Geno is a 114 point guy and he wasn’t that guy for us this year. And Marc Andre Fleury, he didn’t have as strong of a season and he didn’t have as strong of a playoff (as a year ago). He is well aware of that situation. And he is well aware of that criticism that will be coming.”
I’d suggest similar criticism could be made about Gonchar. Yet Bylsma left us with the impression that “Sarge” will be a perennial Norris Trophy candidate. If Ray Shero thinks the same way, Gonchar’s reign as the Penguins power play point man may continue.
That may come as good news to Penguin fans who fret over what Pittsburgh’s man up unit may look like with Goligoski and Letang in charge. But consider this: Didn’t the power play look pretty bad at times this year even when Gonchar was healthy?
Come to think of it, how did that power play look even as recently as Game 7 versus Montreal