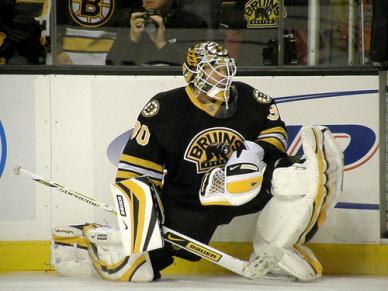 Rangers a team to watch in the East?
The Rangers got a big win Sunday afternoon, beating the Eastern Conferences top seed the Boston Bruins 4-3 at Madison Square Garden. While I‚Äôm still not sold on Nik Antropov, the Rangers are a much better team with the additions of Derek Morris, Sean Avery, Antropov then they were two weeks ago.
Glen Sather hasn‚Äôt done many things right during his tenure as General Manager with the New York Rangers but bringing in John Tortorella as head coach was the right decision. Coaches like Tortorella do have an expiration date but the Rangers needed to move to an up-tempo style. Tortorella will get the most out of underachievers Scott Gomez and Chris Drury.
Hate or love him, Sean Avery has an impact on games. He was getting under the skin of players like Milan Lucic all game.

Bruins peaked too early?
Boston (4-5-1 in their last 10) has a 8 point lead over New Jersey for the #1 seed in the Eastern Conference. Despite a substantial lead in the standings the Bruins are not playing at the level that they were in the middle of the season. It‚Äôs going to be very interesting to see how they finish the season. Great teams like Detroit last season became a better team when they went through a tough stretch in February. Regardless, the Bruins¬†are a very dangerous team¬† but I still look at them as a team that needed to go for it all at the trade deadline and make a splash like the Penguins did last season that clearly bolted them as the elite team in the East.

Canadiens get much needed win
The Montreal Canadiens moved up to the 5th spot in the East with a 3-1 win over the Dallas Stars on Sunday. Carey Price made 31 saves, and Montreal killed nine of 10 power plays in their 3-1 win Sunday night. Six teams in the East are battling for four spots. Right now if I had to make a prediction, I‚Äôd say Buffalo and Montreal are the two teams that are left out. Both teams just didn‚Äôt do enough at the trade deadline while Pittsburgh, Carolina, New York and Florida for keeping Bouwmeester all improved.

Three year extension for Rick Tocchet?
Another sign that the Lightning don‚Äôt know what they‚Äôre doing. Interim head coach Rich Tocchet is expected to sign a three year extension. Three year extensions are risky business in the NHL especially when coaches are lucky to make it three years with one team. A one year extension would have been reasonable and that‚Äôs it.
Other scores around the league
The Minnesota Wild beat the Anaheim Ducks 3-2 Sunday night. The Ducks are 3-6-1 in their last 10 games but are still only two points out of the playoffs. The win moved the Wild to the 9th seed in the West. Eric Christensen was a minus 3 for the Ducks.
The Blackhawks dropped their second game in a row losing to the Colorado Avalanche 5-1
Another upset today as the Thrashers upended the Calgary Flames 5-2 in Atlanta
The Phoenix Coyotes ended the All-Star break with 53 points. After a loss today to the New York Islanders, the Coyotes are only at 61 points and it‚Äôs been 6 weeks since the All-Star Break.
The league is praying for a Penguins ‚Äì Capitals matchup in the playoffs.
Photo Courtesy of Dan4th