BLUES ACQUIRE RYAN MILLER
The trade deadline frenzy is underway. The St. Louis Blues are going for it, acquiring goaltender Ryan Miller and forward Steve Ott from the Buffalo Sabres in exchange for Jaroslav Halak, Chris Stewart, William Carrier, a first-round pick in 2015 and a third-round draft pick in 2016.
It’s a very good deal for both teams. The intrigue is in Buffalo. It’s widely believed that the plan is to now move Chris Stewart and Jaroslav Halak for more future assets.
Minnesota is a team to keep an eye on with Halak 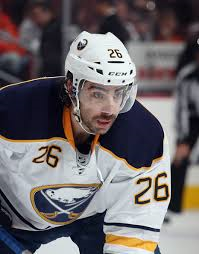 Speculation has been rampant on Stewart landing with Ottawa or the New York Rangers. TSN’s Bob McKenzie has hinted at a big deal possibly being in the works between the Senators and Sabres with Stewart and Matt Moulson going to Ottawa.
The Penguins have shown interest in Moulson but there has been no chatter that they had been pursuing Stewart.